Commission vice-president Jyrki Katainen during his visit to Beijing in September 2015. [European Commission]

Trade discussions with the US are progressing well, European Commission vice-president Jyrki Katainen said on Tuesday (10 April). However, he lamented the “deteriorating” business climate in China.

The US and China are on the verge of a multi-front trade dispute over steel and technology that has caught Europe in the cross-fire. 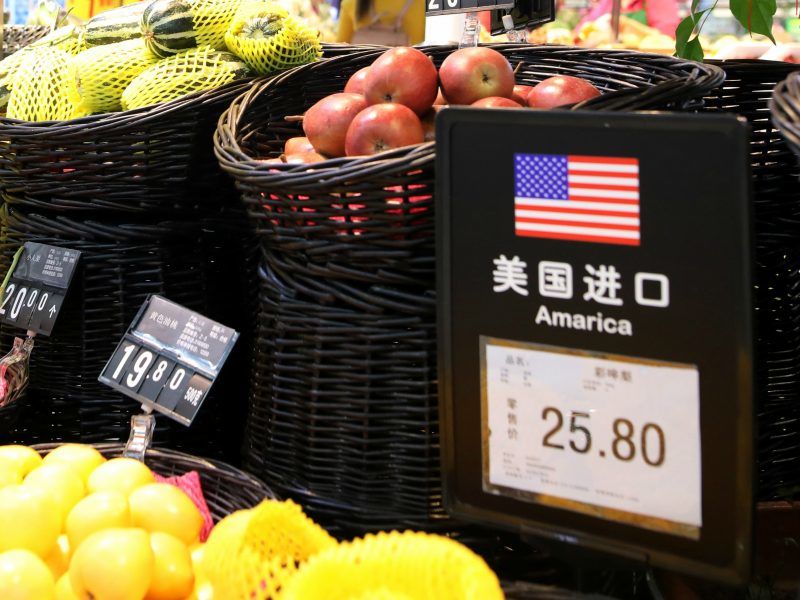 The EU is in talks with US officals to find a way to avoid President Donald Trump’s tariffs on steel and aluminium imports. In the meantime, the bloc wants to bring some momentum to its negotiations with China on an investment agreement to protect European companies in that market.

Katainen, whose Commission portfolio covers Jobs, Growth and Investment, said that the talks with the US are progressing well.

“We have very good discussions,” he told reporters on Tuesday. “The situation is calmer now that it was two weeks ago”, he commented.

But he added that the Commission doesn’t know whether it will secure a permanent exemption from the latest US tariffs.

Trump offered a temporary ‘pardon’ to European countries, while the EU and the US discuss “issues of common concern” in the field of trade. But the US President set a tight deadline (1 May) to settle outstanding disputes he did not specify.

Meanwhile, discussions with Beijing to improve the conditions European firms face in its market have stagnated.

Katainen said that European companies complain “all the time” about the business environment in China, which “has been deteriorating”.

Last week, Trump decided to slap additional tariffs on Chinese goods as a response to its technology and IP practices.

The EU and the US repeatedly criticized the transfer of technology foreign companies are forced to comply with in China in order to operate in its territory.

The Finnish commissioner warned that this ongoing practice had been “unsustainable” for “years” because tech firms and investors want to invest in China and “China needs them”. Forcing companies to transfer their technology would not improve the business environment, he commented.

Both Brussels and Washington say that their trade deficit with China is due to the barriers their firms face.

The “big gap” in the trade balance is because Europe is “completely open and China is not”, Katainen said.

“This year, we will considerably reduce auto import tariffs, and at the same time reduce import tariffs on some other products,” said the Chinese president.

His words were received with caution as this is the second time he has promised to lower barriers to investors.

Officials and businessmen were disappointed that a similar pledge made in Davos last year was not delivered on.

But analysts were optimistic that his comments would help to ease tensions with his trade partners.

“All the measures he mentioned in the speech were to shrink down other countries’ trade deficit with China, including opening up markets, lower import tariffs, and the IP protection,” Ken Cheung, senior strategist at Mizuho Bank (Hong Kong) told Reuters.

“Xi expressed his position today – he does not want a large-scale trade war with the US,” he added.