European High Representative for Foreign Affairs Josep Borrell speaks at a press conference after a video conference of the European foreign ministers in Brussels, Belgium, May 2020. [EPA-EFE/OLIVIER HOSLET]

The call comes as EU member states have struggled to find a unified response to China’s increasing willingness to use its geopolitical clout in Europe.

According to Borrell, “analysts have long talked about the end of an American-led system and the arrival of an Asian century.”

“This is now happening in front of our eyes,” he said in a speech at the annual meeting of German ambassadors.

“China is getting more powerful and assertive and its rise is impressive and triggers respect, but also many questions and fears,” Borrell said.

He said relations with China should be based on “trust, transparency and reciprocity” but warned that “this is not always the case today”.

It would be vital that the bloc finds a way to maintain “collective discipline”, adding that an upcoming EU-China summit this fall could be an opportunity to do so.

“We need a more robust strategy for China, which also requires better relations with the rest of democratic Asia.”

While some EU countries have argued for a tough line, others have urged caution, and Beijing has used investment from its huge Belt and Road infrastructure project to curry favour, particularly in eastern Europe.

Speaking at the same conference, German Foreign Minister Heiko Maas echoed Borrell’s call for greater caution in relations with China, an issue that has come to the fore over Beijing’s information policy during the early stages of the virus outbreak.

“China and the EU are not each other’s systemic rivals, but comprehensive strategic partners”, Chinese foreign minister Wang Yi had said in remarks made on Sunday (24 May).

Borrell’s remarks come after the COVID-19 pandemic has exposed relationship problems for Brussels, with Borrell accusing Beijing earlier this month of seeking to play EU member states off against one another by providing pandemic aid.

Borrell and the European External Action Service (EEAS), the EU’s diplomatic arm, came under fire after an opinion article published in several European newspapers sparked criticism that Brussels may have bowed to pressure from Beijing.

The rethinking of EU-China relations also comes at the backdrop of Beijing seeking to tighten its grip on Hong Kong with a new security law following pro-democracy protests in the territory. 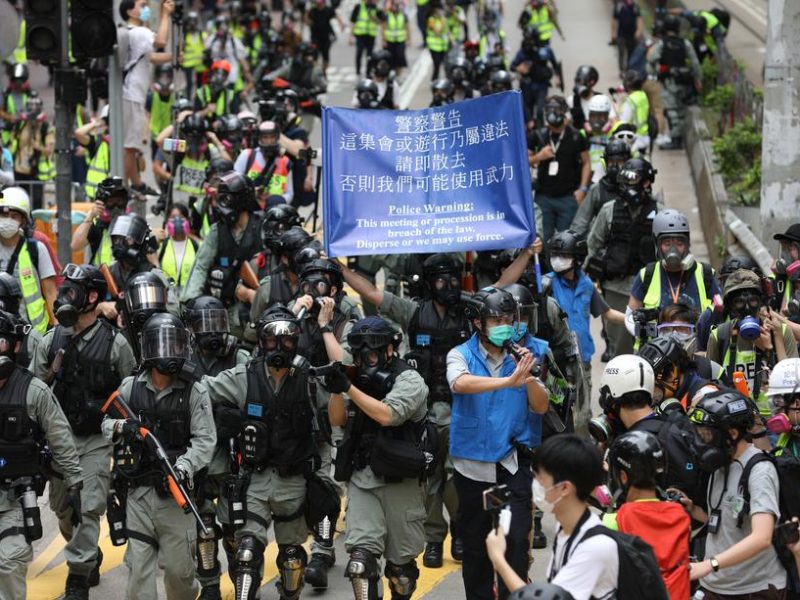 An international coalition of 208 parliamentarians and policymakers has come out in support of the pro-democracy front in Hong Kong, as activists hit back at Beijing’s most recent bid to stifle liberal freedoms in the region.