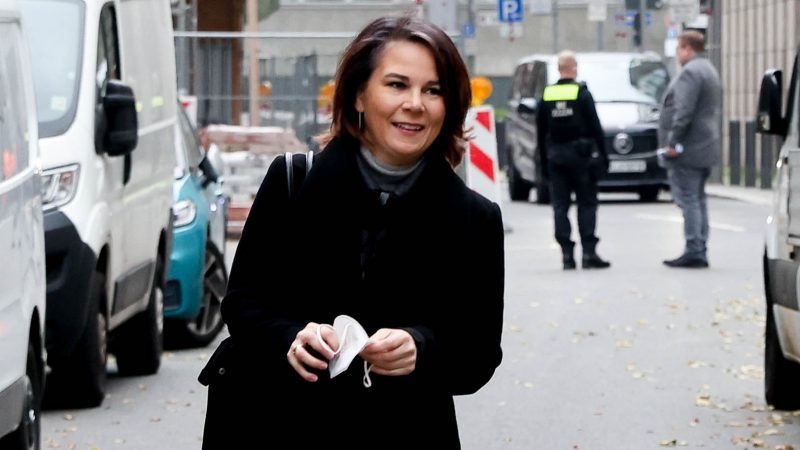 Germany’s incoming foreign minister, Annalena Baerbock from the Green party, on Wednesday (1 December) pledged “dialogue and toughness” in dealing with China, and did not rule out a boycott of Beijing’s Winter Olympics.

Baerbock, 40, is set to become Germany’s first woman top diplomat once the new cabinet led by Social Democrat Olaf Scholz is sworn in, likely to happen next week.

She has vowed to put human rights at the centre of German diplomacy – signalling a more assertive stance towards authoritarian regimes like China and Russia after the commerce-driven pragmatism of Chancellor Angela Merkel’s 16 years in power.

“A values-driven foreign policy is always an interplay of dialogue and toughness,” she told the TAZ newspaper in an interview.

“Eloquent silence is not a form of diplomacy in the long run, even if some have seen it that way in recent years.”

Baerbock, who studied international law, singled out China’s treatment of the Uyghur minority in Xinjiang, the detention of Chinese journalist Zhang Zhan and the uncertainty about tennis star Peng Shuai’s wellbeing as areas of concern.

European Union states should speak as one and use the bloc’s leverage as a major economic power in their dealings with Beijing, Baerbock said, raising the prospect of import restrictions.

“If there is no longer access for products from regions like Xinjiang, where forced labour is common practice, that is a big problem for an exporting country like China,” she said.

“Of course, it will only work if all 27 member states pull together,” she added.

Baerbock indicated that she was not dismissing a boycott of the upcoming Winter Olympics.

“We should take a closer look at the Olympic Games,” she said. “There are different ways for governments to handle this, which will certainly be discussed in the coming weeks.”

US President Joe Biden said in November he was considering a diplomatic boycott of the event to protest China’s rights abuses, which would see government representatives avoid February’s Games while US athletes would still compete.

China rejects the rights accusations and has said that “politicising sports goes against the Olympic spirit”.

Turning to Russia, Baerbock reiterated her opposition to the controversial Nord Stream 2 pipeline that is set to double Russia’s natural gas exports to Germany.

The recently completed pipeline – which is still awaiting approval from regulators – has long irked German allies who claim it will make Europe too reliant on Russian energy, and be used by Moscow for political gain.

Baerbock said the geopolitical security concerns over Nord Stream 2 – “the reason why our partners in Central and Eastern Europe are so massively against this pipeline” – must be discussed “at European level in the coming months”.