In China, the time ‘after’ COVID-19 is beginning – but fear remains

Life in the Chinese city of Wuhan is slowly picking up speed again. [EPA | Roman Pilpey]

For weeks, China has hardly reported any new cases of coronavirus infections. The economy is showing signs of recovery, but the fear of a “second wave” remains.

This article was originally published by EURACTIVs media partner, WirtschaftsWoche.

Even Wuhan is recovering from the state of emergency these days. To speak of a return to normalcy would still be too much, but slowly, life is returning to the streets of the central Chinese metropolis, where the coronavirus pandemic began with the first infected people at an animal market.

After two months of a travel ban and a lockdown lasting several weeks, buses and subways are running again, and shops are also open. Trains are bringing people who had made it out of the city shortly before the total lockdown in January back to their homes.

Pictures like these are currently running all over Chinese state television, and indeed, there is no denying that a lot has happened in China in recent weeks. The time “after” COVID-19 has arrived.

Admittedly, nothing is back to the way it was before the crisis, but there are clear signs that the economy is picking up speed.

As the Beijing Statistics Office announced on Tuesday, the mood in China’s industry has brightened again after a record slump due to the coronavirus. The official Manufacturing Purchasing Managers Index (PMI) jumped from 35.7 to 52 points in March.

And there is also good news from the real estate market: Compared to the previous month, home sales more than tripled in March. Instead of 2.33 million, 8.6 million square meters of living space were sold, according to the Hong Kong newspaper South China Morning Post. 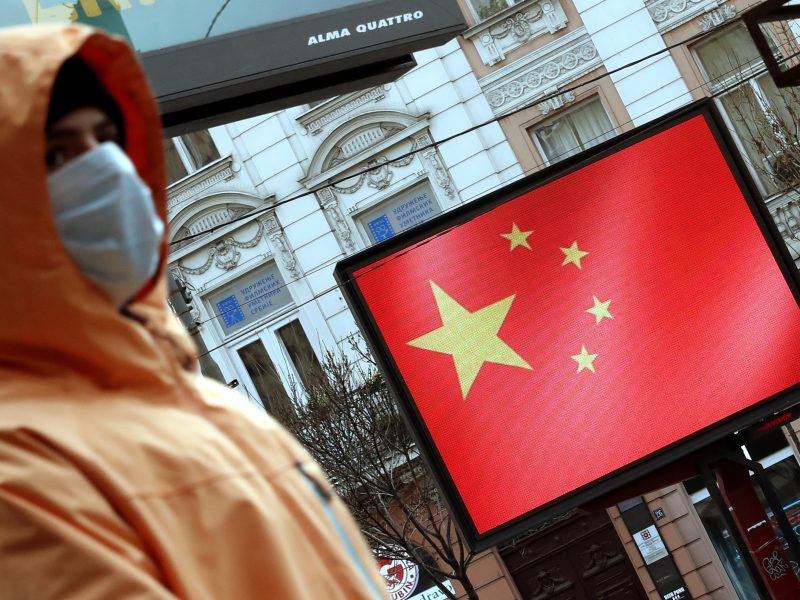 In the week from 16 to 22 March, cargo traffic in the important ports of Shenzhen and Guangzhou in southern China jumped by 20% compared to the previous week. This is an indication that production in the Pearl River Delta, the country’s most important industrial region, is back on track.

The crude oil throughput of Chinese ports also rose by 14.8% in the same period. China’s oil traders are already back on the bargain hunt in order to profit from the current drop in prices on the world market. Coal and power consumption is rising from week to week.

The offices in most cities are beginning to fill up again, as German companies also report. Both industrial and technology companies have resumed production.

In view of various travel restrictions and quarantine regulations, this may have taken some time.

“But most companies have now reached around 80 to 100% of their normal capacity,” report Fidelity analysts Claire Xiao, Crystal Cui and Peter Carter. Like most experts, they believe that China’s economy will experience a significant slump in the first quarter before the situation improves in the second quarter of 2020.

However, even then it will be difficult for the country to immediately return to 100% of pre-crisis levels. A V-shaped recovery is hardly realistic.

While the industrial and technology sector has a significant domestic share, lockdowns in Europe and the USA would now increase the risk of a renewed decline in demand for Chinese goods, observers warn. It is true that domestic consumption has long since become the most important driver of the Chinese economy, but exports also remain a crucial pillar.

However, the biggest concern of Chinese companies at present is that a second wave of the virus could set back the recovery. According to official data from the Beijing Health Commission, there have been virtually no local infections for weeks, but China is not suddenly immune to the virus either, of course.

Just how nervous the government remains can also be seen from the still drastic control measures.

In Beijing, for example, the neighbourhood committees continue to check very carefully who enters the grounds, and anyone returning to the capital from a trip from another province still has to remain in quarantine for 14 days. Companies are obliged to take fever readings of their employees every day.

For foreign businesspeople, it is currently impossible to get back to work. China has closed its borders for fear of the virus being reintroduced from abroad. Foreigners can only enter the country with a diplomatic visa.

Apparently, even China’s Prime Minister Li Keqiang is not quite so sure about the supposed calm after the virus outbreak.

In a speech last week, he clearly warned the provinces not to hide any new infections. The data must be handled “openly and transparently,” he said, “It is what it is. There must be no concealment.”