Speaking at a private dinner during the World Economic Forum in Davos, he warned of an “unprecedented danger that’s threatening the very survival of open societies.”

He said that Chinese President Xi is “the most dangerous enemy of the open society”, adding that Xi’s use of artificial intelligence to control his population and the social credit system he wants to introduce to allocate welfare benefits according to the social behaviour dictated by the ruling Communist party would give him “totalitarian control” over China.

“Last year I still believed that China ought to be more deeply embedded in the institutions of global governance, but since then Xi Jinping’s behavior has changed my opinion”, he said.

The ongoing trade war between the US and China has been a source of concern for the business community in the corridors of the Davos forum, particularly for American multinationals. Companies hoped that Trump would uphold the truce in the trade war with China in March, when he is expected to take a decision.

But the US Hungarian-born investor instead recommended redoubling the pressure on Beijing.

“My present view is that instead of waging a trade war with practically the whole world, the US should focus on China,” he said.

“Regrettably, President Trump seems to be following a different course: make concessions to China and declare victory while renewing his attacks on US allies,” he added.

In his view, this would undermine the US policy objective of curbing China’s abuses and excesses.

Soros said that there is a conflict between “repressive regimes” that use technology to control its citizens and open societies.

“My key point is that the combination of repressive regimes with IT monopolies endows those regimes with a built-in advantage over open societies,” he said.

“The reality is that we are in a Cold War that threatens to turn into a hot one,” he warned.

“Instead of letting  ZTE and Huawei off lightly, it needs to crack down on them. If these companies came to dominate the 5G market, they would present an unacceptable security risk for the rest of the world”, he warned.

Huawei is encountering increasing resistance in many countries due to security concerns. The European Commission has warned that its devices could include ‘backdoors’ that would give Chinese intelligence services’ access to data.

But Soros was also critical of US tech giants. If a ‘tech’-driven ‘hot war’ exploded he said that Facebook and others would be “on the side of their profits”.

Against this backdrop, he praised the EU, and in particular Competition Commissioner, Margrethe Vestager, for blocking the emergence of digital titans.

“The best job is done by Commissioner Vestager, because the EU doesn’t have any IT giants, so their political influence doesn’t stop regulation.”

His comments represented a blow for the group, led by France and Germany, who are pushing to review EU’s competition rules in order to build European champions to compete with China.

Soros had hopes of the Chinese people “especially on the business community and a political elite willing to uphold the Confucian tradition” speaking up against their leaders.

But he also said that economy could play an important role. “There are clear indications that a broad based economic decline is in the making in China, which is affecting the rest of the world,” he told the audience.

“The unspoken social contract in China is built on steadily rising living standards. If the decline in the Chinese economy and stock market is severe enough, this social contract may be undermined and even the business community may turn against Xi Jinping,” he said. 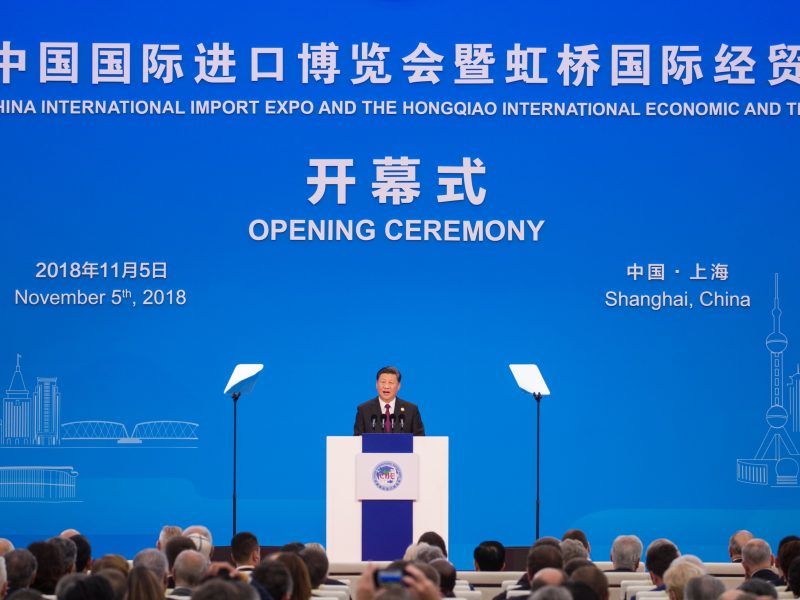