The dispute over Chinese subsidies for steel production and the EU’s recognition of China as a market economy dynamited last year’s joint conclusions. 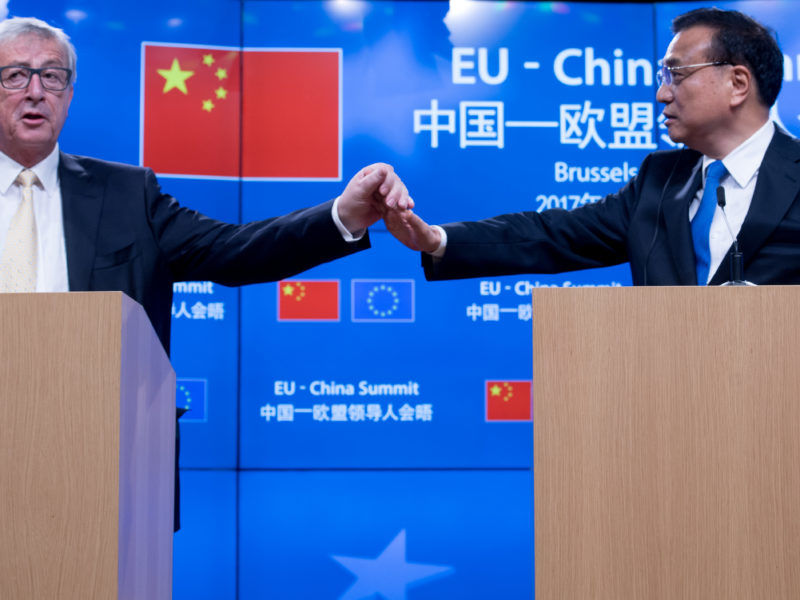 Amid the trade war triggered by US President Donald Trump’s tariffs on steel and aluminium, and threats of new duties on cars, EU and Chinese leaders would like to put on a unified front against protectionism and support a rule-based multilateral system with the World Trade Organisation at its core.

But officials from both sides admitted that it was still unclear whether the two sides would succeed in agreeing on a communiqué at the 20th EU-China summit on 16-17 July. 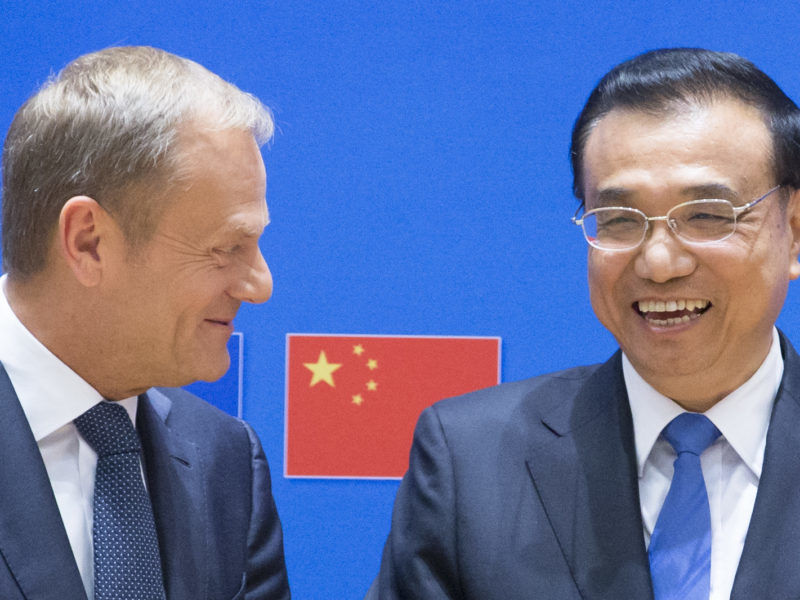 “China and the EU do have some specific concerns toward each other, and frankly speaking, they may not be resolved once and for all through one single summit,” said Chinese ambassador to the EU, Zhang Ming, earlier this week.

“However, it is always crucial to act in the spirit of mutual benefit,” he added.

The summit will follow China’s high-level meeting with 16 European countries to promote economic and investment ties, viewed with suspicion by some in Brussels and some member states.

Europeans had complained that the Chinese government had not delivered concrete results in terms of market access or curbing subsidies, despite commitments made by Chinese President Xi Jinping.

Despite the stumbling blocks, both sides see an opportunity to make progress.

“The two sides are making intensive preparations,” a spokesperson for the Chinese mission to the EU said.

EU and Chinese officials referred to the recent high-level economic and trade dialogue as a signal of the positive momentum.

During that meeting, held in late June, both sides agreed on setting up a working group to discuss WTO reform in order to meet “new challenges” and develop “new rules” in fields such as industrial subsidies, the Commission said in a statement.

This is one of the top priorities not only for the EU but also for the US.

China’s vice-premier of the State Council Liu said after the high-level meeting that reform of the WTO to “keep it advancing with the times” is “in great alignment with the roadmap and timetable of China’s reform and opening –up drive”.

But the bloc still wants more action and fewer words. During the meeting, Commission vice-president Jyrki Katainen urged Lui to address the overproduction of steel and aluminium  caused by Chinese subsidies, which lies at the heart of the current trade tensions.

Katainen also told his Chinese counterpart to prevent new “overcapacity” in strategic areas such as artificial intelligence or robotics, prioritised in its ‘China 2025’ strategy.

Liu said after the meeting that both sides had a “candid exchange of views”.

But as in previous occasions, China insisted that the issue is not excess production but the lack of global demand.

“The Chinese side believed that the fundamental reason to excess capacity is the contraction of aggregate global demand caused by the international financial crisis, and China adopted voluntary measures to increase domestic demand which contributed to stabilizing the world economic growth,” Vice-Premier Liu said.

The other bone of contention between Brussels and Beijing is market access, including the forced transfer of technology imposed on foreign companies by China.

Brussels and Washington agree that this is used to build China’s dominant position in cutting-edge technology sectors under the ‘China 2025’ plan.

Trump said on 15 June that, as a response to the theft of American intellectual property, the US would slap tariffs on Chinese exports worth $50 billion.

A first round of 25% tariffs on 818 Chinese goods, worth $34 billion, entered into force yesterday.

Instead of tariffs, the EU decided to follow WTO procedures and submitted a dispute settlement before the Geneva-based institution.

During the last high-level dialogue in late June, both sides agreed to exchange market access offers at the summit to try to inject “political impetus” to the slow progress made to seal a EU-China Comprehensive Agreement on Investment, the Commission said.

The products covered would include beef and poultry. Both sides would also agree on the reciprocal mutual recognition of the certification of organic products.

Liu said that the EU also agreed to “accelerate” the legislative work to come up with a timetable to recognise Chinese certification authorities.

Despite the outstanding issues, Katainen said he was “confident” that the preparatory work made during the dialogue could be “useful in paving the way towards a successful EU-China Summit in the economic and trade field.”