‘You are not alone,’ EU Parliament delegation tells Taiwan on first official visit 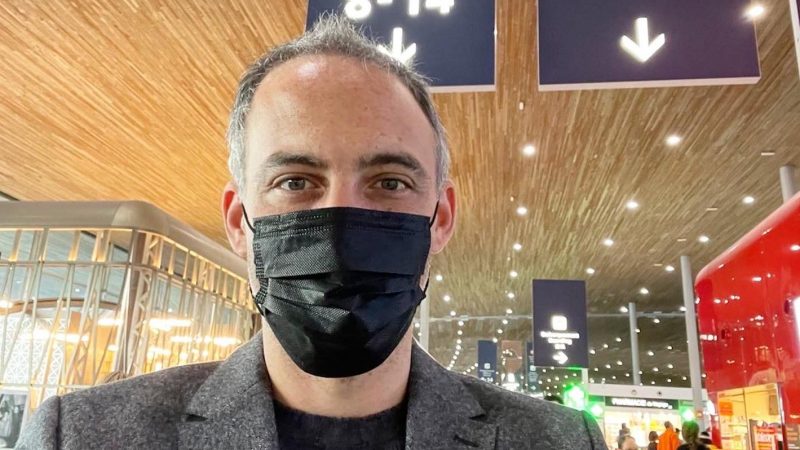 MEP Raphael Glucksmann, who leads the European Parliament delegation, called Taiwan's democracy "a treasure that all democrats around the world should cherish and protect." [Twitter account of Raphael Glucksmann]

Taiwan’s democracy is “a treasure” to be protected, the head of a visiting European Parliament delegation said on Thursday, promising to stand with the island as tensions between Beijing and Taipei spiral to their highest level in years.

China lays claim to Taiwan and has intensified efforts in recent years to isolate it on the international stage, bristling at any attempt to treat the self-ruled island as an independent state.

Recent Chinese airforce incursions into Taiwan’s air defence zone have been met with international support for Taipei, including from the United States which reiterated its long-standing commitment to supporting the island’s self-defence.

Led by French MEP Raphael Glucksmann, a vocal China critic who was among five lawmakers sanctioned by Beijing in March, the group has been described as the first “official” delegation to Taipei from the European Parliament.

Glucksmann called Taiwan’s democracy “a treasure that all democrats around the world should cherish and protect.”

“We came here with a very simple, very clear message — you are not alone,” he said as the delegation met with Taiwan’s President Tsai Ing-wen on Thursday. 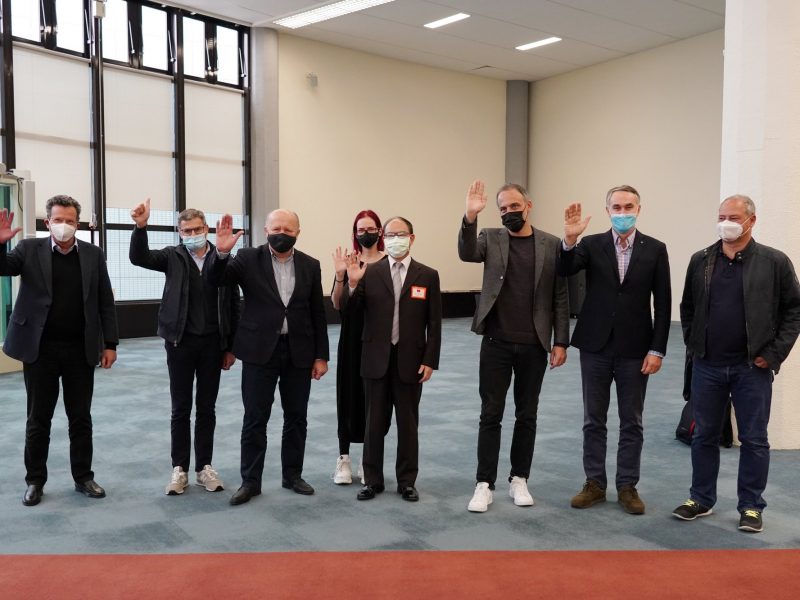 A European Parliament delegation arrived in Taiwan Wednesday (3 November), part of an effort to build closer ties with the island despite warnings from China.

“Europe is standing with you in the defence of freedom and the defence of rule of law and human dignity,” he said, urging the European Union to step up cooperation with Taiwan.

“It’s high time for us in the European Union to show that we are in the same boat … next we need a very concrete agenda of high-level meetings and high-level concrete steps” to build an EU-Taiwan partnership.

A delegation from the European Parliament has arrived in Taiwan for a three-day visit. pic.twitter.com/oFPHYO4ntz

The Chinese mission in Brussels had warned earlier that a Taiwan visit by MEPs would “damage China’s core interest and undermine the healthy development of China-EU relations”.

Beijing also reacted with anger when a group of French senators travelled to Taipei last month, and to Taiwanese foreign minister Joseph Wu’s recent visits to Slovakia and the Czech Republic. 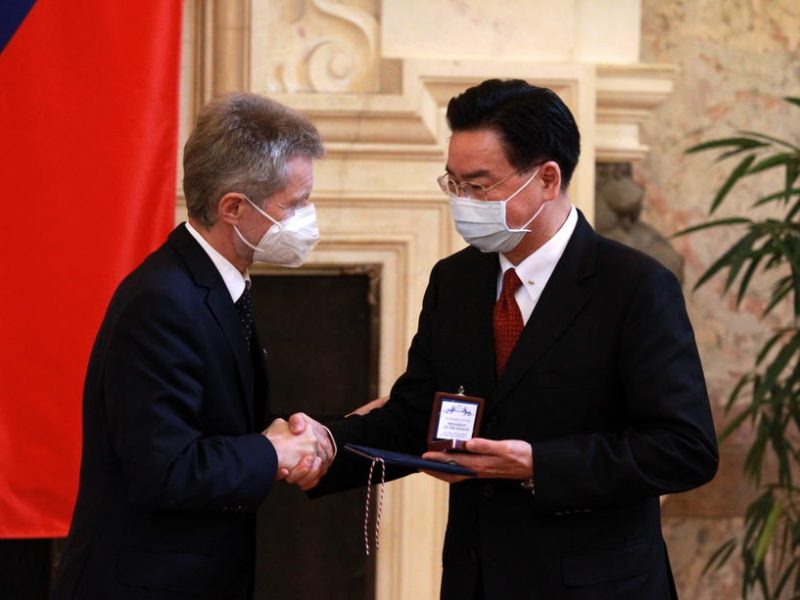 The official visit of Taiwanese Foreign Minister Joseph Wu to Czechia at the Czech Senate’s invitation has triggered an angry reaction from China. The National People’s Congress (NPC) – the highest organ of State power in China – condemned Czech …

China-Taiwan ties have plunged since Tsai took office in 2016, as she views the island as a de facto sovereign nation and not part of Chinese territory.

Taiwan’s defence minister said military tensions with Beijing were at their highest in four decades, after record incursions by Chinese warplanes into the island’s air defence zone last month.

Last month, the European Parliament adopted a non-binding resolution to deepen ties with Taiwan, with steps such as looking into an investment agreement.