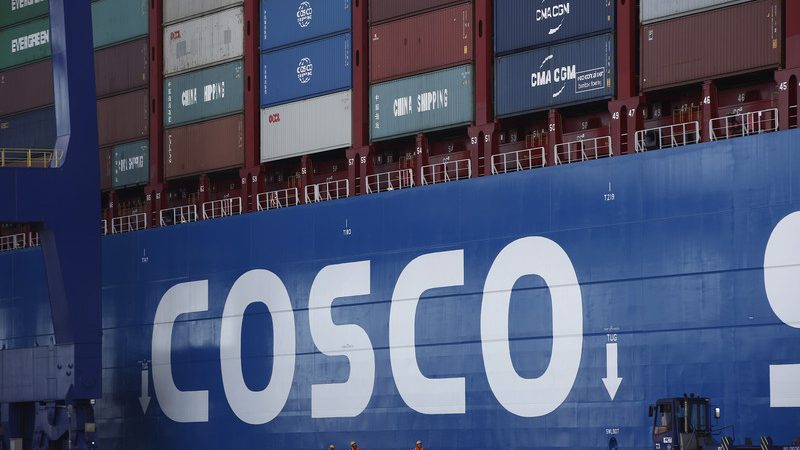 China has engaged in a long-term game regarding Greece, which Beijing still sees as a valuable hub in Europe, despite recent turnarounds, writes Philippe Le Corre.

Philippe Le Corre is a non-resident senior fellow in the Europe and Asia Programs at the Carnegie Endowment for International Peace.

In the middle of summer 2021, following months of uncertainty, Greece’s privatisation agency finally approved the sale of an extra 16 per cent of the Piraeus Port Authority to China Ocean Shipping Company (COSCO), granting the Chinese state-owned corporation majority control with  67% of Athens’ harbour.

COSCO has held a majority stake in the largest Greek harbour since 2016, making Piraeus one of the most successful Chinese investment projects in the EU.

According to experts interviewed for a newly-released Carnegie Endowment report, the main reason for the increased traffic was China’s strategic decision to divert transhipment traffic to Piraeus.

China openly aims at making Athens a hub for an expansion in the Mediterranean region under the banner of its “maritime silk road”.

Still, recent developments have not been without hurdles, as Greek stakeholders over the past two years became increasingly ambivalent about COSCO and Chinese presence in the country.

This led to a cautious response by the conservative government of Prime Minister Kyriakos Mitsotakis, who came to power in 2019.

Although he said he hoped for a “new era in Greek-Chinese relations” during Chinese President Xi Jinping’s state visit in 2019, Mitsotakis also declared publicly that “Greece is not particularly dependent on Chinese investment”.

The China-Greece relationship is characterised by a great contrast between the growing negative perception of the Greek public opinion vis a vis Beijing’s presence in the Southeastern European country and a Chinese media assessment consistently praising the “Sino-Greek engagement over long-term Chinese investment”.

Ever since the 2004 Athens Olympics, Beijing has been courting the Greek public. China helped organise the Ancient Civilizations Forum in Athens in 2017.

Meanwhile, the Chinese narrative has presented China as a “benign superpower, which is promoting a new set of harmonious international relations”.

According to a recent report by the Athens-based Institute for International Economic Relations (IIER), “China wants to be seen as a true friend that offers generous assistance to Greece”.

Initially, such soft power strategy toward Greece was largely successful between 2008 and 2018: in December 2016, a vast majority of respondents (82%) qualified Sino-Greek relations as “friendly” or “relatively friendly”.

Following Covid-19, this narrative no longer holds. First, the Greek public –including those working in the shipping industry- is more interested in real action and jobs.

Second, China’s attempt to present itself as a benefactor in the early times of the pandemic has translated negatively.

In April 2019, coverage in the Greek media monitored by Kapa Research, a local pollster, found that 44% of Greek respondents blamed China for the Covid-19 pandemic.

Public euphoria since the original 2016 Piraeus deal has been replaced with scepticism, if not outright opposition.

Many Sino-Greek business deals have been interrupted or cancelled, including a joint development around the Hellenikon airport, the sale of Ethniki Asfalistiki, Greece’s largest insurance company or the privatisation of Greece’s railway operator TrainOSE.

In all these cases, Chinese companies were left out. Wary of regional security issues with Turkey, Mitsotakis himself has realised how much Greece needs the United States and the EU, while China has little to offer in terms of security.

As for Piraeus, it has often been described as a “dragon’s head” by Chinese officials, including Xi Jinping himself.

But the painful conclusion of a long-awaited deal reveals how complex Chinese infrastructure investments can be seen in the current, post-pandemic geopolitical context.

China’s ambition in the Mediterranean might be real, but the perceptions in Greece have become ambivalent.

“Piraeus can expect no benefit from COSCO,” said shipowner Vangelis Marinakis in 2020.

What is clear, though, is that China has engaged in a long-term game regarding Greece, which –despite recent turnarounds- Beijing still sees a valuable hub and partner in Europe.