The EU must act now to stop abuses against Uyghur people 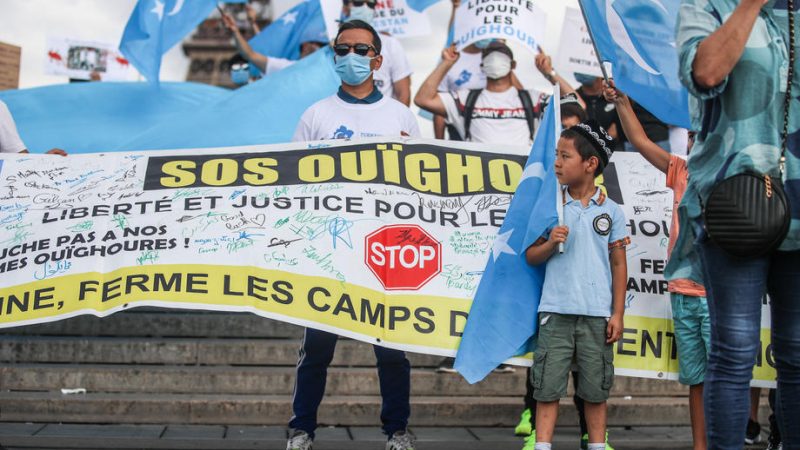 Koen Stoop is the EU policy coordinator for the World Uyghur Congress; Helene de Rengerve is an EU policy adviser for Anti-Slavery International.

The leaders of the EU have outlined bold ambitions to see the EU establish itself as a global leader.

Josep Borrell, High Representative of the European Union for Foreign Affairs and Security Policy, has said that the EU cannot afford to be a bystander in the world, and in her annual State of the Union address, European Commission President Ursula von der Leyen conveyed an ambitious message of a resilient Europe that is “grounded in values and bold in action.”

The EU has a real opportunity to turn its ambitions into reality by taking a strong stance in responding to China’s persecution of Uyghurs.

The Chinese government has detained over 1 million Uyghurs and other Turkic-Muslim majority peoples in camps. Designated crimes against humanity and genocide by human rights and legal experts, forced labour is a key part of China’s system of persecution.

Numerous EU companies, like Zara and SMCP, are alleged to have been directly or indirectly profiteering from this forced labour due to China’s dominant position in global supply chains. Alongside fashion, EU companies in the solar, automotive, electronics and other industries have all been implicated.

The EU has a major opportunity to show global leadership in how to address supply chain complicity in Uyghur forced labour, as well as other corporate abuses all around the world through two avenues:

Rights groups around the world applauded von der Leyen’s announcement to introduce a forced labour ban, but it is time for statements to become reality and for the EU to step up and act.

As members of the Coalition to End Forced Labour in the Uyghur Region, we recently wrote to von der Leyen and other EU officials to urge European officials to design the SCG file and the forced labour ban proposals with the highest ambitions in order to be effective on Uyghur forced labour.

We are calling on the EU to put workers and victims, like Uyghurs, at the centre of the laws.

The mHREDD obligation must compel companies to address and respect the rights of workers at the beginning of supply chains, whether they be in cotton fields in the Uyghur Region, or on coffee farms in Brazil. When companies fail to take meaningful action and prevent abuses in their supply chains, they must be held liable.

The forced labour ban instrument must stop forced labour products from even getting onto EU store shelves, and it must make sure that victims of abuses can get remedy and compensation.

It is important that the EU prioritises each initiative equally. Mandatory human rights and environmental due diligence and an instrument on forced labour bans are not interchangeable policy approaches.

Mixing up the two proposals would only serve to weaken the ability of both to tackle the endemic of forced labour in the EU supply chains. We are concerned to hear that DG-Trade is considering dumping the forced labour ban proposal into the SCG initiative, a tactic that could see the EU rush through an ill-thought-through plan on forced labour bans.

Both laws will only function well if supply chain transparency is mandated. Right now, it is extraordinarily difficult to know if a specific EU company is profiting from Uyghur forced labour.

We ask that companies be required to map and publish their supply chains so that EU authorities and civil society can hold companies to account when they are profiting from forced labour.

The EU is at a crossroads. It can choose to be a global leader in sustainability and human rights, or it can fall short of the expectations it created. The EU needs to ensure that these initiatives do not succumb to internal politics or the economic interest of multinational companies.

Von der Leyen stated in her State of the Union address that “human rights are not for sale – at any price,” but the EU must act to make this reality. It must adopt the highest international standards in order to live up to its commitment in global leadership, bring some justice to the global Uyghur community, and protect victims of corporate abuses all around the world.

Now is the time for the EU to act to stop abuses against the Uyghur people.