The European Parliament’s latest report on EU-China relations recommends that reciprocity be strengthened in all areas of cooperation and calls for unfettered access to Tibet for EU citizens. [Photo: Carlos Brum Melo]

This opinion piece is co-signed by a group of national and European members of parliament (full list at the bottom).

Last Sunday (10 March), Tibetans and Tibet activists gathered in Brussels, at the heart of the European Union, to mark the 60th anniversary of the Tibetan Uprising, which led to the Dalai Lama’s flight into exile in 1959.

As the situation in Tibet remains critical six decades later, it’s high time that we in Europe demand unfettered access to the region for our citizens in keeping  with our values and in support of a more balanced relationship with China.

Awareness about the continuing plight of the Tibetan people under Chinese rule – including the tragic self-immolations of more than 150  Tibetans since 2009 – seems to have decreased in our countries. That is largely due to the Chinese government’s efforts to prevent the full truth about its grave human rights abuses in Tibet from reaching the outside world by strictly controlling access to the area.

Today, foreigners, including EU citizens, require a number of special authorisations and permits in addition to their Chinese visa to enter the Tibet Autonomous Region (TAR), which spans about half of Tibet.

For those who do get in, a government-appointed guide must accompany them. During politically sensitive periods – such as this anniversary month – the TAR is completely closed off to foreigners. Such closures have occurred regularly since a wave of mostly peaceful protests swept across the Tibetan plateau ahead of the 2008 Beijing Olympics.

Foreign diplomats, parliamentarians, journalists and even UN officials are almost always denied visits to the region, other than on rare official tours carefully orchestrated by Chinese authorities.

At the same time, Tibetans are regularly prevented from travelling outside China, and those passing information abroad are severely punished. A prominent example is Tashi Wangchuk, a young language rights advocate who was sentenced to five years in prison last year after he gave an interview to The New York Times about his efforts to protect Tibetans’ mother tongue. 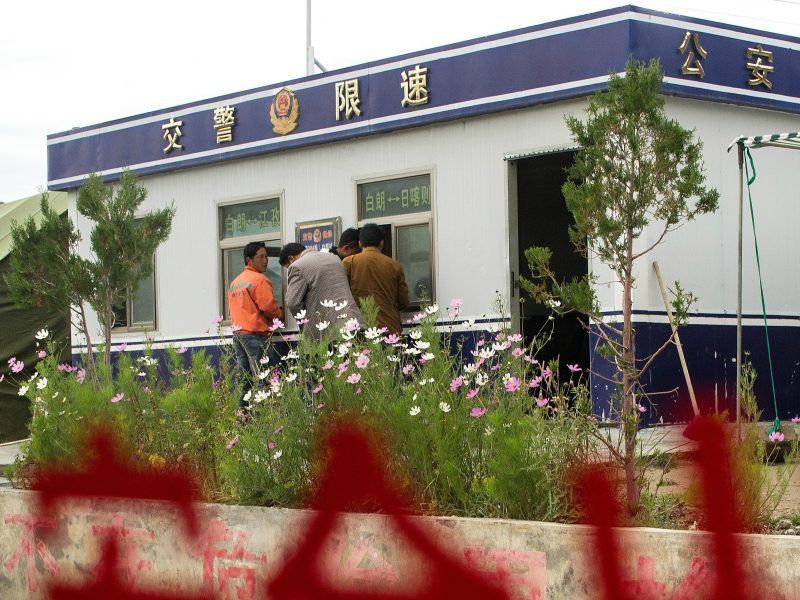 Could you imagine being denied access to a territory vaster than France, Spain and Portugal combined during your next holiday in Europe? This seems completely unthinkable, yet this is what is happening every year for several weeks in Tibet, write Vincent Metten and Antoine Madelin.

This isolation of Tibet naturally raises questions about the Chinese government’s credibility when it comes to assessing the situation on the ground. If there is nothing to hide in Tibet, why has China for years prevented us from travelling freely in Tibet and seeing the situation for ourselves?

But China’s intransigence also reveals a dangerous lack of reciprocity in our relationship that could eventually threaten our rights and democracies.

While Europeans face huge restrictions in visiting Tibet, the same rule does not apply to Chinese citizens, who are free to travel throughout the whole territory of the European Union all year long. And China does not hesitate to take advantage of this openness to influence our perceptions, including on Tibet.

In recent years for example, an increasing number of official Chinese delegations have been sent to our countries, where they have spread Beijing’s official view on Tibet and other sensitive issues. Similarly, while Chinese state media can come and go in Europe –and use this freedom to flood us with propaganda – European journalists reporting on both China and Tibet face mounting obstacles, including expulsion and intimidation.

The Foreign Correspondent Association has reported that it is easier for Beijing-based journalists to visit North Korea than Tibet. In addition, French journalist Ursula Gauthier was expelled from China in 2015 for her reporting on Xinjiang, where at least 1 million Uyghurs are detained in ‘re-education camps.’ Even journalists based in Europe have reportedly been subjected to pressure from Chinese authorities.

Sadly, these restrictions are even harsher for European citizens of Tibetan heritage, many of who are refugees who escaped from Tibet and are specifically targeted and discriminated against by Chinese embassies and consulates when they apply for a travel permit. This cruelly prevents them from being able to see their families whom, in many cases, they have been separated from for a very long time.

European leaders have increasingly called for more reciprocity in the partnership with China in recent months, mainly focusing on trade and access to markets for foreign investment and companies. But the other dimension of this lack of reciprocity is that Chinese authorities take advantage of our freedoms – freedoms they do not respect at home – while continuing to oppress the Tibetan people with complete impunity and discriminating against EU citizens. This should not be tolerated by democratic governments.

Recognising this, the United States adopted in December 2018 the Reciprocal Access to Tibet Act, legislation that promotes access to Tibetan areas for American diplomats, journalists and ordinary citizens, just as their Chinese counterparts enjoy in the US.

Despite China’s denunciation of this law, the legislation already appears to have made an impact as Chinese state media are now reporting that Beijing has decided to adopt a faster process for foreign tourists to receive permits to enter Tibet.

The European Parliament’s latest report on EU-China relations also recommends that reciprocity be strengthened in all areas of cooperation and calls for unfettered access to Tibet for EU citizens.

It is now up to us in Europe to consider concrete ways to rebalance our relationship with China – not only in terms of trade, but also in regard to respect for fundamental rights like freedom of movement and of the press.

Demanding access to Tibet should be a concrete first step in this direction. If we fail to take that step, it will not only prevent justice for the Tibetan people, but will also give a green light to China to continue manipulating our societies and eventually restrict the very rights and freedoms on which our democracies depend.