Copy of Tibet Travel Permit that is required for getting access to different parts of the Tibet Autonomous Region (TAR). This is posted by travel agencies that operate in TAR. [Source: China Tibet Train Tours]

In 2018, both houses of the US Congress passed the bipartisan Reciprocal Access to Tibet Act. That is a common-sense response to China’s intransigence, and it’s something European countries should adopt, writes a group of parliamentarians from across Europe.

This opinion article is signed by 57 parliamentarians from 19 European countries, including Members of the European Parliament. The full list of signatories is available at the bottom.

Since long before the COVID-19 crisis began, the Chinese government has been permitting only select groups of foreign visitors into Tibet. But now that, as widely reported by the media, China’s secrecy and misinformation helped unleash the pandemic, the world can no longer accept its isolation of Tibet, where another potential crisis with global implications is looming.

When it comes to Tibet, Europe’s relationship with China is defined by a lack of reciprocity. Most European governments allow Chinese citizens to travel freely throughout our countries, while China routinely forbids Europeans from visiting Tibet

China’s hypocrisy doesn’t stop there. In its new report, “Access Denied: New US Legislation, the Quest for Reciprocity in Europe and the Lockdown in Tibet,” the International Campaign for Tibet documents a gross disparity in diplomatic visits by Chinese and Western diplomats. Over the past decade, nearly three times the number of Chinese government delegations claiming to “represent” Tibet have visited Western countries compared to the number of Western delegations allowed into Tibet.

When they arrive on our shores, the Chinese contingents bring with them a freight of propaganda. They are aided by a network of Chinese state-controlled media outlets that have been allowed to set up shop in major cities across this continent.

Of course, the Chinese Communist Party has no respect for a free press in its own territory, especially in Tibet. The Tibet Autonomous Region (which is not actually autonomous at all) is the only region of China that foreign journalists need special permission to enter. That permission is rarely granted however, and foreign journalists based in Beijing have stated that it’s easier for them to travel to North Korea than to Tibet.

China’s blockading of Tibet is unfair most of all to the Tibetan people themselves. In Europe, Tibetan exiles are cruelly denied the right to visit their homeland and the family members still living there. In fact, when they apply for visas to China, Tibetans are subjected to a discriminatory and humiliating process by the Chinese embassy before their applications are, almost without exception, rejected.

Why should this matter to most Europeans, especially those who have no desire to visit Tibet? The answer is simple: With China posing a greater threat to global freedom and stability than ever before, we must stand up to its secrecy and authoritarianism before we find ourselves with another global crisis on our hands.

Although Tibetans are famously nonviolent, the future of Tibet will likely be turbulent if China stays on its current course. The Dalai Lama—who has lived in exile since China’s occupation of Tibet began—will turn 85 this year, and Beijing has already announced that it plans to name his successor once he eventually passes away.

The Dalai Lama is one of the main reasons why Tibetans have refrained from a violent uprising against their Chinese oppressors. But with him gone, and Beijing installing an illegitimate successor, Tibet could easily descend into mass unrest with the potential to destabilize the wider region. European officials and parliamentarians have already voiced concerns about that, but for its part, Beijing claims the outside world has no right to get involved.

In a world remade by the coronavirus, however, that defence no longer passes muster. While Tibet is not likely to cause the same level of devastation around the world that COVID-19 has, the situation there poses a legitimate danger—not to mention that it’s an affront to the basic idea of human rights. If we’re going to prevent China’s authoritarianism and lack of transparency from creating further pain around the globe in the future, demanding reciprocal access to Tibet—as former High Representative of the European Union Federica Mogherini has done—would provide a strategic inroad for doing so.

The US Congress has already provided a template for this. In 2018, both houses of Congress passed the bipartisan Reciprocal Access to Tibet Act. This innovative legislation insists that China allow US journalists, diplomats and ordinary citizens to enter Tibet. If China refuses, the Chinese officials directly responsible for keeping Americans out of Tibet will be denied entry to the United States.

That is a common-sense response to China’s intransigence, and it’s something European countries should adopt. Governments across the continent should pass their own versions of the Reciprocal Access to Tibet Act and send Beijing a message that its unfair treatment of Europeans—as well as its isolation of the Tibetan people—is no longer acceptable.

The coronavirus has shown just how dangerous China’s refusal to cooperate with the global community truly is. To begin to push back against Beijing and to alter its future behavior, we must demand reciprocal access to Tibet. 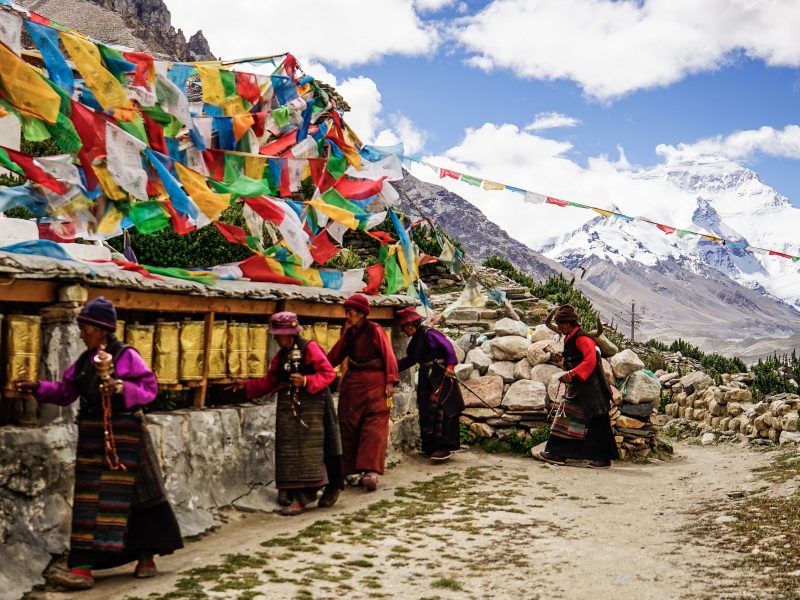