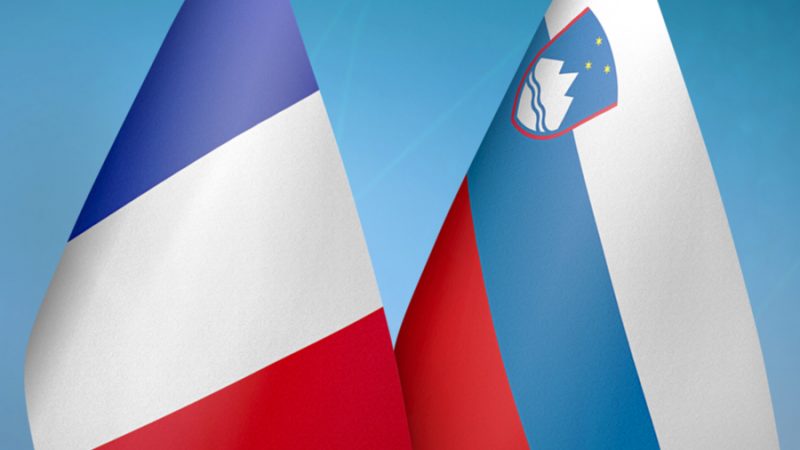 Slovenia is set to hand over the rotating EU Council Presidency to France in January. Photo: Ninas Images, Shutterstock

France is intensively preparing for its EU presidency starting in January while working closely with Slovenia, whose stint at the helm of the EU is ending, French Ambassador to Slovenia Florence Ferrari told STA in an interview. “It’s in our common interest for the transition between the stints to be as smooth as possible”.

Ferrari says that continuity is crucial, as one stint lasts only six months while dossiers take much longer to adopt.

She believes Slovenia has done a good job at the helm of the EU, pointing to a deal on the minimum wage and the harmonisation of acts on digital markets and services.

“Also, thanks to Slovenia, France’s presidency will be able to start on a good basis.”

French President Emmanuel Macron has already presented France’s priorities, announcing that Paris will strive for a strong and sovereign EU and that the presidency would revolve around “recovery, power and belonging”.

The ambassador also points to green transition, digitalisation and the Strategic Compass, the Conference on the Future of Europe, which is to end during France’s presidency, an economic summit taking place in March, and June’s conference on the Western Balkans.

The Western Balkans conference should prove the role France attributes to the region and its EU prospects, says Ferrari, stressing Paris is aware that security and stability in the Western Balkans are critical for Europe.

Although France is somewhat reserved towards enlargement, it will continue Slovenia’s EU expansion efforts. The ambassador says there are some “positive signals” that the start of accession talks with Albania and North Macedonia could be unblocked in the coming months.

“The fact is that we support the Balkans’ EU prospects, we are also very happy with the European Commission’s new methodology which has made the enlargement process more solid and credible.”

The ambassador does not expect April’s French presidential election to disrupt the country’s EU presidency. But since events that could be interpreted as part of the election campaign are not allowed to be held in France in line with national legislation, the country will host most of the EU events in the early months of the presidency.

Work in Brussels will meanwhile continue uninterruptedly: “We’ll work until the end of June, and we’ll do everything for the presidency to be successful regardless of the election.”

While France had wanted its presidency not to be marked by COVID, it will now be assessing the epidemiological situation along the way and adjusting accordingly. “Our approach will be similar to Slovenia’s.”

Ferrari does not want to speak about a potential outcome of the presidential election or far-right candidates Marine Le Pen and Eric Zemmour but says France is no exception when it comes to the rise of the far-right in Europe.

This phenomenon shows that some people feel not heard, adding that their concerns should be addressed based on democratic principles.

When asked about the deepening differences among some Eastern European and other EU members, Ferrari provided a similar answer. “It’s important not to divide Europe but to look for points we have in common.”

As for the close Paris-Berlin relations, the ambassador believes they will remain strong after the recent change in government in Germany. “This connection is ingrained in the DNA of both countries’ diplomatic services; it is a fact transcending who is in power in the respective capitals.”

Relations with Italy have also intensified. The ambassador says the treaty signed in November is proof that Europe can positively impact bilateral relations, which is also good for all of Europe.

Having served in Slovenia for more than three years, Ferrari sees Paris-Ljubljana relations as very good. She is surprised at the many sympathies Slovenians have for France, including due to Napoleon, which she says the French find very interesting.

Slovenia and France have had a rich cultural exchange, economic cooperation is strong, while political cooperation has been further enhanced by the fact that the two countries preside over the EU one after another.

Ferrari also says Slovenian riders’ successes at Tour de France have contributed a lot to Slovenia gaining traction among French people, with interest in Slovenia as a tourist destination skyrocketing: “The Slovenian anthem played in the Champs de Elysees has done a lot for Slovenia’s recognisability.”