Comissioner: Criminalise those who use service of victims of human trafficking 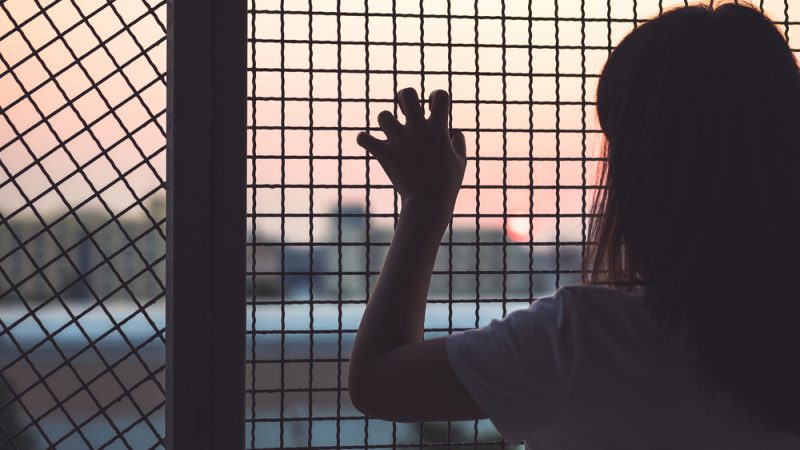 Commissioner Ylva Johansson said that combating this violation of human rights also requires "following the money trail" of a millionaire business that is "hidden behind legal economic activities". [Shutterstock/structuresxx]

The European Commissioner for Home Affairs has said that ending the “culture of impunity” surrounding trafficking in human beings requires criminalising those who use the services of victims of this crime.

At an international conference held in Lisbon on Tuesday (25 May) as part of the Portuguese presidency of the Council of the European Union, European Commissioner for Home Affairs, Ylva Johansson, defended the criminalisation of “recourse to services” resulting from trafficking in human beings, whether for sexual or labour exploitation.

She said that combating this violation of human rights also requires “following the money trail” of a millionaire business that is “hidden behind legal economic activities”.

In the same opening session of the international conference “Ten years on the European Anti-Trafficking Directive and the new European Strategy for Combating Trafficking in Human Beings (2021-2025)”, the Secretary of State for Citizenship and Equality, Rosa Monteiro, agreed that “reducing demand”, by “criminalising those who use the services of victims”, is something that “must mobilise” the community, because, being “challenging”, it is “strategic”, to “end impunity”.

“Trafficking is a crime of men against women”, the Commissioner stressed, citing several figures that confirm this: most perpetrators are men, three quarters of the victims are women and girls.

“We can only fight it if we understand that it is a gender crime”, she insisted, indicating that she has received “strong messages of support” to “move forward” with the “fight against a crime that treats people like commodities”.

Stressing that “unaccompanied minors arriving in Europe are easy targets for trafficking”, Johanson acknowledges that “gaps” persist, namely in the protection of children.

“We have to treat children as children, help them as children”, even in cases where it cannot be confirmed how old they are, but “they look like children”.

To do this, she said, “the police must be trained to talk to children, in child-friendly places” and they “cannot be judged for criminal activities they have been forced to commit”.

Ensuring access to education and supporting the families of trafficked children are two other key factors, she added.

It is necessary to “protect, support and empower victims” by supporting their recovery, but also “train professionals to notice the signs”.

The commissioner recalled that trafficking “is a crime committed in Europe, by Europeans”, in which “half of the victims are EU citizens”.

She said that the EU had to fight trafficking in human beings as an “organised crime, increasingly violent and increasingly professional”. It is also a cross-border crime, which requires increased police cooperation and a strengthened response from the authorities.

This is the approach of the new European Strategy for Combating Trafficking in Human Beings (2021-2025), which the European Commission presented in April and to which Portugal will pay attention, at a time when it has to review its national action plan on the same subject, said Rosa Monteiro.

Present at the same session, the Interior Minister, Eduardo Cabrita, stressed that the EU cannot run the risk of having “an apartheid” of various legal models among the 27 member states, and that it is essential that all respect European legislation.

Defending a “greater attention to trafficking for labour purposes”, which represents 15% of the total, the minister defended the strengthening of cooperation with third countries.

As a “serious and complex criminal phenomenon”, trafficking in human beings “requires strong and active international cooperation”, corroborated the Secretary of State for Justice, Anabela Pedroso, at the same session.

Considering that “much has evolved” in the last decade and that today there is “more adequate legislation” and “more effective investigation techniques”, the Secretary of State acknowledged that “major challenges remain to fight the crime and to identify and protect the victims”.