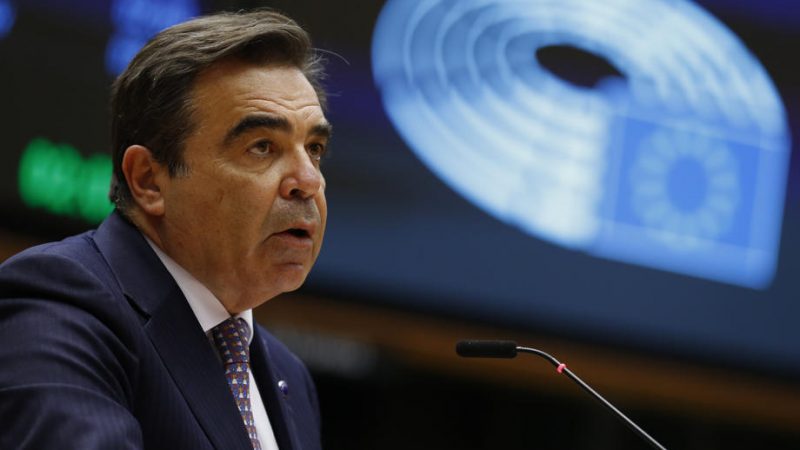 According to the vice-president of the EU executive, it would be a "failure" if the debate on the future of Europe, were "just another occasion where Brussels talks for Brussels". [EPA-EFE/JOHANNA GERON]

Margaritis Schinas, European Commission Vice-President for the Promotion of the European Way of Life, has underlined that the Future of Europe conference should focus on the “genuine people” and not the “Brussels bubble”.

The Future of Europe Conference “should be an opportunity to launch a real debate with the genuine population, not with the people inside the Brussels bubble”, Schinas said on Monday (31 May) at the plenary session of the 65th Conference of Community Affairs Committees (COSAC), organised under the parliamentary dimension of the Portuguese presidency of the Council of the European Union.

According to the vice-president of the EU executive, it would be a “failure” if the debate on the future of Europe, which began on 9 May in Strasbourg, were “just another occasion where Brussels talks for Brussels”.

“Because there will always be plenty of opportunities for people involved in European politics to do things better,” he justified.

Highlighting the conference as “a unique opportunity to take things outside Brussels”, Schinas called for all sectors of society to join the debate, from social partners, regional authorities and national parliaments to farmers and the Erasmus generation.

He also touched on the issue of migration, on which the European Commission drew up a package of proposals in September 2020 and which are now under legislative negotiation at the level of the Council and the European Parliament.

“Since September we have done our homework. There is a certain convergence [among EU member states], but we have not yet been able to reach consensus,” he noted.

In this sense, he said he hoped that the end of the COVID-19 pandemic and the resumption of face-to-face meetings between ministers would be the “opportunity” to reach consensus among the 27 on the new Pact for Migration and Asylum.

The fact that the Portuguese prime minister, António Costa, is a former interior minister makes him “perfectly aware of the delicacy of migratory phenomena”, he pointed out, calling for the end of the Portuguese presidency of the Council of the EU to “constitute an embryonic approach to a package that will be finalised at a later date”.

For the Pact on Migration and Asylum, Portugal proposes a principle of “flexible compulsory solidarity” that would allow a range of different ways to support the so-called frontline member states, such as Greece, Italy or Spain, which face greater migratory pressure.

One response to “Commission: EU future debate should focus on ‘genuine people’ not ‘Brussels bubble’”