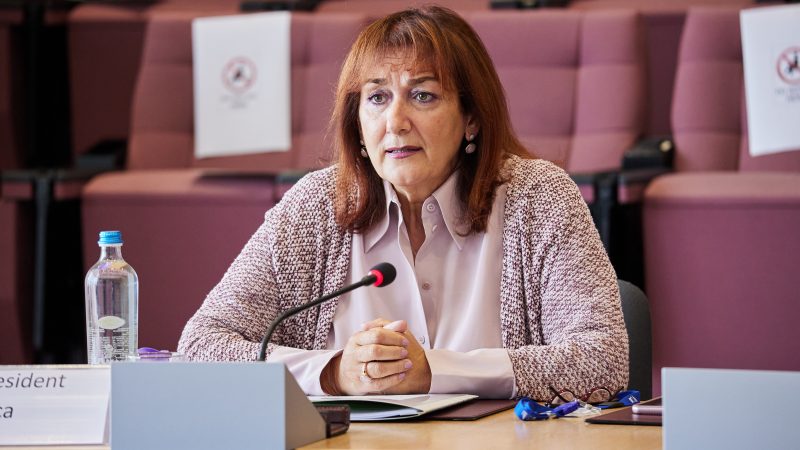 The EU's population has been dropping so solutions must be found and smart villages are definitely one of these solutions, said Dubravka Šujica, the EU Commissioner for Democracy and Demography. [European Union, 2021]

In Europe, 80% of the land is rural and only a third of EU citizens live in the countryside, which is why a long-term vision is being drawn up to use this potential, Commissioner for Democracy and Demography Dubravka Šuica said at a conference on smart villages held as part of Slovenia’s EU presidency.

The long-term vision for the countryside are part of the process running alongside the conference on the future of Europe, Šuica noted, adding that everyone may share their views on a special digital platform created for this purpose.

The EU’s population has been dropping so solutions must be found and smart villages are definitely one of these solutions, said Šujica at a conference entitled ‘Smart Villages for Green, Digital and Resilient Europe’ taking place in Brestanica on Friday (1 October).

Participants mostly stressed the importance of digitalisation of rural areas and inter-sectoral and horizontal cooperation for the development of the countryside.

Co-host of the event, Slovenian MEP Franc Bogovič, a leading promoter of the concept of smart villages, said there were several good practices in Slovenia’s rural areas already.

He listed as example cooperation between fruit and vegetable producers in the Posavje region, the use of the Krka river for irrigation, the free ride service for the elderly, and cooperation among tourism services providers.

Cooperation is crucial for the concept of smart villages, he said.

In Slovenia, more than half of inhabitants live in the countryside and we would like this to stay so, said Agriculture Minister Jože Podgoršek, adding that he was aware that many steps needed to be taken to enable the development of agriculture.

Development Minister Zvonko Černač said it was important that all policies addressed the challenges of the countryside in an appropriate way.

Labour Minister Janez Cigler Kralj said that all the processes of digitalisation, connectivity and progress should be aimed at creating the conditions for the active population to be able to live and work in villages and the elderly to be able to live at home for as long as possible.

Finish MEP Elsi Katainen said that in her country the development of the countryside was also very important. A smart village means that the development of a village does not depend of its location, and that authorities on all levels act together.

Digitalisation is merely a tool for achieving a goal, while the most important are the people, she said.

This was echoed by former Transport Commissioner from Slovenia Violeta Bulc. Technology is a tool not a solution, she said.

Bogovič and the Agriculture Ministry organised the high-level conference in cooperation with the Office of the European Parliament in Slovenia, the Krško municipality, the Krško centre for entrepreneurship and tourism, and the Krško culture centre.

As part of the conference eight officials, including Bogovič and Bulc, set up a Smart Villages Forum.