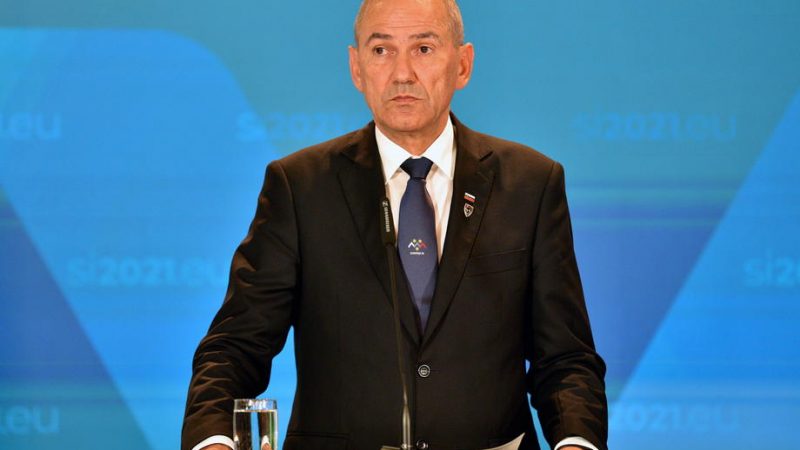 The newspaper Delo writes that Prime Minister Janez Janša, with his tweets targeting the European Parliament’s delegation on a fact-finding mission to Slovenia, damaged Slovenia’s reputation and the credibility of its EU presidency, which it says is politically dead.

In Saturday’s front-page commentary headlined Fall of Coalition’s State-Building Foundation, the paper says that after the paralysis of parliament where his minority government cannot put any serious legislative proposal through any more and after the violent clampdown on protests, even the presidency of the Council of the EU has collapsed on Janša, his “crown political project”.

“In the desire to discredit the European Parliament delegation that has been merely collecting information on the impact of blows to the rule of law in Slovenia – in the end, it made a Solomonic observation that public institutions still work well – Janša exaggerated again.”

This time he went a step further: “By following the iron rules of the Orbanist (pre-election) textbook, Janša used a social network to discredit the whole country. This is what even Matej Tonin, Zdravko Počivalšek and Borut Pahor have told him in unison, albeit in a god-fearing tone.

“Half-way through, Slovenia’s second presidency of the Council of the EU is now politically dead for good. With his completely ruined European political integrity, the prime minister is incapable of moving forward any of the dossiers on the agenda of Slovenia’s presidency,” writes the paper.

It notes that Janša’s two coalition partners, the NSi and SMC, presented the EU presidency as a significant interest of the state that is above daily politics and that makes it worthwhile sticking in the government.

Noting that Tonin only last week mentioned the option of a snap election right after the presidency, the paper says he and Počivalšek will have to find an answer to the question of what is next now that the presidency is dead.