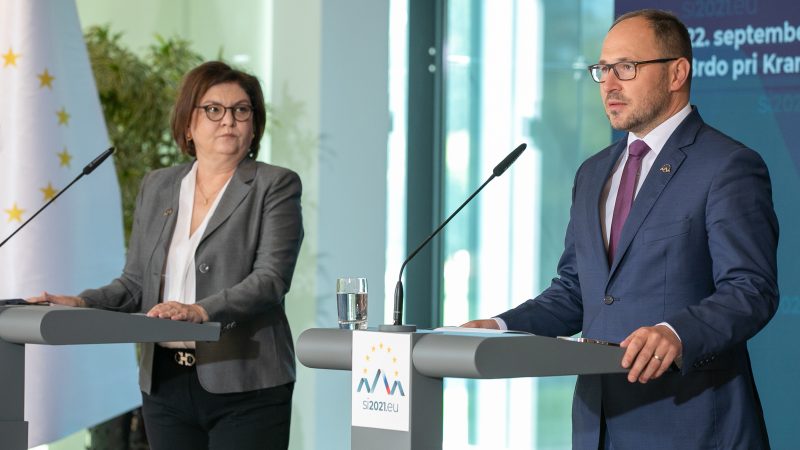 EU transport ministers discussed infrastructure for alternative fuels in Slovenia on Thursday (23 September), with the country’s Infrastructure Minister Jernej Vrtovec noting that quite a few differences remained between EU countries on the matter.

The “essential thing is not to lose the primary momentum and to keep the required level of ambition,” Vrtovec said after transport minister held informal talks in Kranj, as part of Slovenia’s EU Council Presidency.

Ministers had a “very good discussion” on alternative fuels for transport, a proposal he said had to be examined horizontally as part of the EU’s proposed ‘Fit for 55’ package of energy and climate laws aimed at cutting Europe’s emissions by 55% at least before the end of the decade.

The ministers held their first political discussion on the proposal for a new directive on alternative fuels infrastructure, where he said quite a few differences remained between EU member states for the time being.

“Differences related to national specifics will have to be taken into consideration as well as different starting points of member states,” said Vrtovec, highlighting financing as the key issue.

“Large investments are needed both at the national and European levels. A technology-neutral approach will have to be retained, at least in the segments for which we don’t have all answers yet,” he said.

He also mentioned that many pilot and demonstration projects will be needed before the technologies are ready for mass rollout.

The private sector will be vital to investments, but there will be no quick progress without at least initial public funding, he said. “For private financing we need to provide clear goals and a stable and predictable environment,” he added, saying the biggest challenges will be in the fields of heavy vehicles, aviation and maritime transport.

To meet emission goals, investments would have to be redirected and major structural change will be required along with supply-demand coordination between vehicle producers, energy produces and investors in charging infrastructure.

EU Transport Commissioner Adina Vălean said countries recognised the importance of deploying charging infrastructure for electric vehicles. Considering the growing EV market, she said the infrastructure must be ready quickly. In putting it in place, the Commission proposes a combination of short- and long-term goals to enable drivers to ride their electric vehicles without having to worry about where to charge them.

“The Slovenian presidency will continue with the discussion of the material on the Council of the EU and work to achieve as much progress as possible, possibly clinching an agreement as early as the December session of the Transport Council,” said Vrtovec.