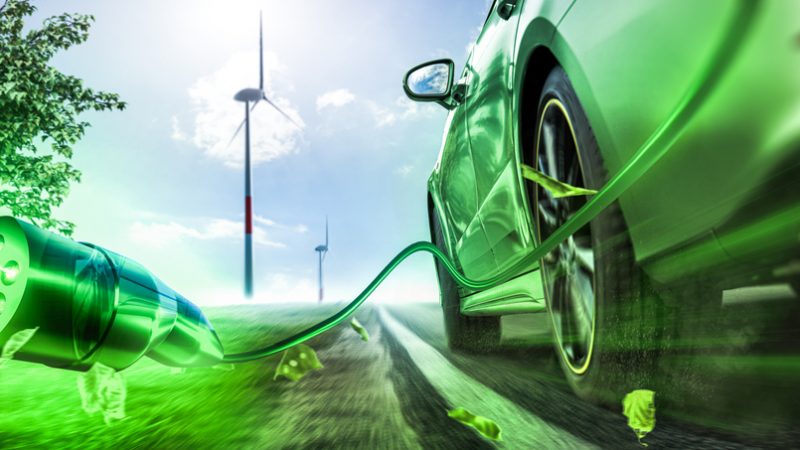 Under the changes now agreed, tolls based on distance travelled and time-based user charges will be changed. [Shutterstock/m.mphoto]

The Council of the European Union (EU), chaired by Portugal, has reached an agreement with the European Parliament to revise the rules on road charging, the so-called Eurovignette, to reduce emissions of polluting gases and infrastructure congestion.

In a statement on Wednesday (16 June), the structure representing the member states said that “negotiators from the Council and the European Parliament reached a political agreement today on the revision of the rules applicable to road charging – the Eurovignette directive – to address greenhouse gas emissions and other environmental impacts, congestion and financing of road infrastructure.

Representing the Portuguese presidency of the Council, the minister of infrastructure and housing, Pedro Nuno Santos, said the agreement “with stricter and more comprehensive rules and a new regime to tackle CO2 [carbon dioxide] emissions, is a crucial element for the decarbonisation of transport and the achievement of climate objectives, in line with the European Green Deal and the Paris Agreement.”

“By encouraging cleaner transport operations, it sends a clear signal and provides legal certainty to vehicle manufacturers and road hauliers for the next decade, as requested by industry, environmental organisations and other stakeholders,” he added.

Santos also told reporters that “concluding the negotiations on this proposal has been one of the main priorities of the Portuguese presidency.

Portugal will now take the negotiations to the Permanent Representatives Committee (Coreper) for approval, followed by adoption by the Council and the European Parliament.

After the directive enters into force, member states will have two years to incorporate its provisions into national law.

Road charging in the EU is a national choice, and member states may choose to introduce it within their territory.

It is foreseen that if they choose to charge, countries will have to respect certain common rules set out in the Eurovignette directive, with EU law ensuring that such charging does not discriminate against international traffic or distort competition between transport operators.

Countries will also be able to apply a higher mark-up (up to 50%) to the infrastructure charge levied on specific road sections susceptible to high congestion if all member states affected agree.

The Eurovignette is a system to charge and control road user charges in Denmark, Luxembourg, the Netherlands and Sweden. The vignette applies to HGVs with a total permissible weight of more than 12 tonnes on motorways and selected A roads.