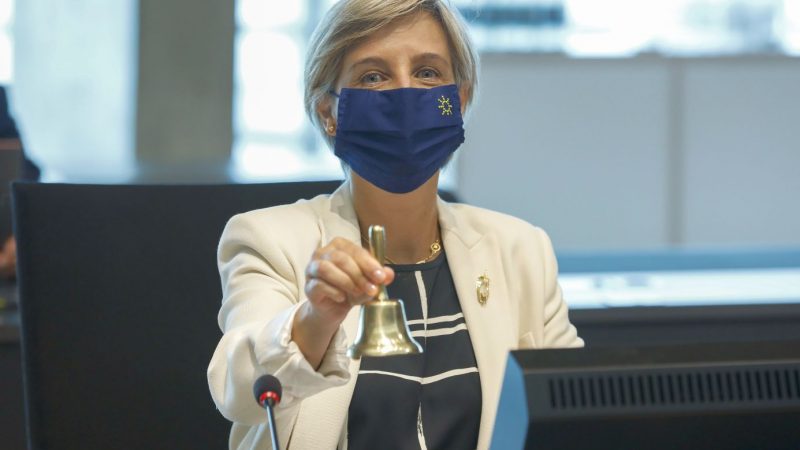 EU health ministers have met for the last time under Portugal’s presidency of the Council of the EU to agree on that body’s postition for negotiations with the European Parliament on new rules to strengthen the role of the European Medicines Agency (EMA).

At a meeting in Luxembourg on on Tuesday (15 June) chaired by Portuguese Health Minister Marta Temido, the 27 governments agreed on their position for the upcoming negotiations with the Parliament.

They had already agreed on some changes to the initial proposal presented by the European Commission in November on the revision of rules to strengthen the mandate of the EMA, as part of a broader package on the so-called European Health Union.

One of the main objectives of the new draft EMA rules is to better enable it to monitor and mitigate potential and actual shortages of medicines and medical devices that are considered critical to respond to public health emergencies such as the COVID-19 pandemic, which revealed shortcomings in this regard.

The proposal also aims to “ensure the timely development of high-quality, safe and efficacious medicines, with particular emphasis on responding to public health emergencies” and to “provide a framework for the operation of expert panels that assess high-risk medical devices and provide essential advice on crisis preparedness and management.”

The changes introduced in the negotiating position of the Council of the EU with regard to the original proposal from the commission essentially aim to “clarify the financial and data protection provisions,” according to a statement released by the Council, which Portugal is chairing until the end of June.

Member states point out, among other things, that transfers of personal data in the context of the EMA’s new mandate will be subject to EU rules on data protection such as the General Data Protection Regulation.

Other proposed changes concern the composition and functioning of the emergencies working group, in particular its advisory role in the development of clinical trials for medicines to address a health emergency.

“Although COVID-19 is still taking its toll, we need to be better prepared for when another health crisis strikes,” commented Temido, as acting president of the EU Council in this area, quoted in the Council statement.

“A stronger European Medicines Agency will play a key role in this. It will help us to prevent shortages of critical medicines and medical devices and be faster in developing medicines to fight any disease causing a crisis,” she added.

The draft rules to strengthen the EMA’s mandate are part of a broader European Health Union package, also including a strengthened mandate for the European Centre for Disease Prevention and Control (ECDC) and a draft law on serious cross-border health threats – proposed already based on lessons learned from the COVID-19 pandemic.

The general approach reached on Tuesday gives the Council presidency a negotiating mandate to reach an agreement with the European Parliament on a common position. The negotiations will be led by Slovenia, after it on 1 July takes the rotating presidency of the Council from Portugal for the next six months.