EU in talks with US, UK on mutual recognition of COVID-19 travel certificates 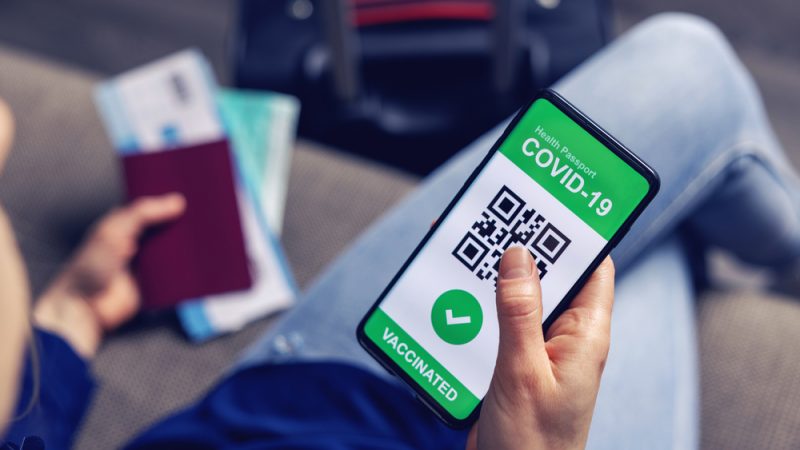 "We are very advanced at the European level and maybe the same type of certificate in the UK and the US", he said, noting that "the types of proof of vaccination or recovery and the tests still have to be defined". [Shutterstock/ronstik]

“We are making progress on the regulation of the certificate to facilitate free movement in the 27 [EU] member states and, when it is possible, open the borders with the UK and the US [for non-essential travel],” Didier Reynders said on Monday (7 June).

Speaking to journalists at the end of a Justice Council led by the Portuguese EU presidency in Luxembourg, Reynders pointed out that this opening will be done “on the basis of all possible regulations for travel to Europe” and that the EU executive is “discussing with third countries, such as the UK and the US, about a possible mutual recognition of all certificates”.

“We are very advanced at the European level and maybe the same type of certificate in the UK and the US”, he said, noting that “the types of proof of vaccination or recovery and the tests still have to be defined”.

At issue is the COVID-19 digital certificate, which will provide proof of (negative) testing, vaccination or recovery from the coronavirus, set to enter into force in the EU in time for the summer season.

“I would like to recall that, thanks to the Portuguese presidency, it was possible to reach agreement on a new regulation on the digital certificate and so, from 1 July, it will finally be possible to use this document throughout Europe,” said Reynders.

For the moment, and before the final adoption of the legal text supporting this certificate, Brussels is “finalising new recommendations on free movement” in the EU area.

“And I hope that this week it will be possible to make progress on this, to have new rules at EU level on how to lift restrictions […] in many ways to facilitate free movement”.

The idea is the certificate will enter into force on 1 July and will work in a similar way to a travel boarding pass, in digital and/or paper format, with a QR code to be easily read by electronic devices, and that it will be made available free of charge and in the citizen’s national language and in English.

This issue will be under discussion in the European Parliament plenary session on Tuesday, where MEPs are expected to give their final approval and adopt the compromise text.

The Portuguese presidency of the Council of the EU and the EP negotiating team started negotiations on the digital certificate on 3 May, after MEPs adopted on 29 April their position for the negotiations around the legislative proposal presented by the Commission in March.

In mid-May, negotiators from the Portuguese presidency and the European parliament reached a political agreement on the certificate, and now the compromise text that legally frames the document remains to be formally adopted by the institutions.

In the meantime, member states will have to develop the technical infrastructure and ensure the interoperability of the certificate recognition systems.

It will be up to national governments to decide whether travellers with a certificate have to be quarantined or tested, but by accepting such a document it is expected that this will not happen unless the epidemiological situation justifies it.