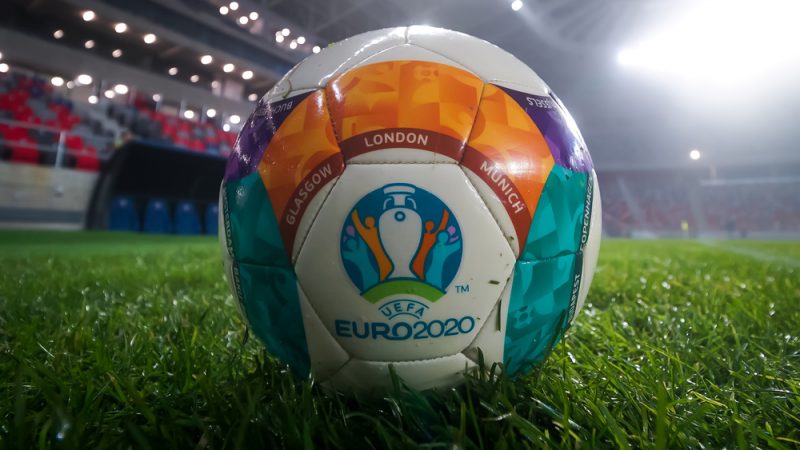 The EU Council argues that "monitoring the movement of high-risk - i.e. potentially problematic - supporters can be vital in preventing public disorder and associated criminal activity". [Shutterstock/LCV]

European Union justice ministers meeting under the Portuguese presidency have called for close monitoring of risk supporters during the European football championships, stressing that the format of the competition already poses “a unique security challenge”.

At a Council meeting on Monday (7 June) chaired by Portuguese Justice Minister Francisca Van Dunem in Luxembourg, ministers adopted conclusions on sports-related violence in which they highlight “the relevance of police cooperation and information exchange” during the Euro2020 “to ensure a safe and secure competition”.

Justice officials from the 27 member states point out that “the new model chosen by UEFA” for Euro2020 – postponed until this year due to the COVID-19 pandemic – “poses a unique security challenge in itself, as the competition will take place in 11 European cities simultaneously”.

The EU Council therefore argues that “monitoring the movement of high-risk – i.e. potentially problematic – supporters can be vital in preventing public disorder and associated criminal activity”.

Thus, EU justice ministers call for “effective international cooperation through the deployment of specialised law enforcement observers as well as other liaison officers” and the use of digital platforms to exchange information, “particularly given that matches will take place in a number of European cities”.

“The Council stresses the need for member states to increase the assessment of risk supporters, especially those with extremist ideologies, in order to identify, prevent and limit possible hostile and criminal activities during international sport events,” reads the six pages of conclusions adopted today.

Considering that “cooperation between police detection [of problem supporters] and criminal investigation, as well as outreach and prevention policing, should be strengthened in order to promote the sharing of relevant information”, the Council of the EU underlines that security actions should not be limited to the football stadiums where matches will take place.

“The Council recognises that, in view of several recent incidents of sports-related violence in various European countries, it is crucial to address this issue not only in the context of stadiums”, but also in the framework of “other related activities”.

It therefore argues that the scope of preventive measures should be extended to cover places such as public transport, hotels, training centres, nightlife areas and other public spaces.

The 27 member states thus stress the importance of protecting public spaces and private spaces open to the public by making use of “surveillance and detection systems incorporating artificial intelligence, in respect of fundamental freedoms and rights and in line with national legislation.

“The Council also calls on member states to continue monitoring online content in order to prevent and mitigate the dissemination of messages inciting violence, extremism, radicalisation and xenophobia,” it added.

Finally, the Council of the EU recalls that the European football championship will still be played in a pandemic context, stressing therefore that the organisers “should continue to adopt measures and procedures to prevent the spread of the virus among all those involved, the general public, teams, referees, organisers, police officers, civil protection, medical and rescue teams, private security personnel, journalists and others”.