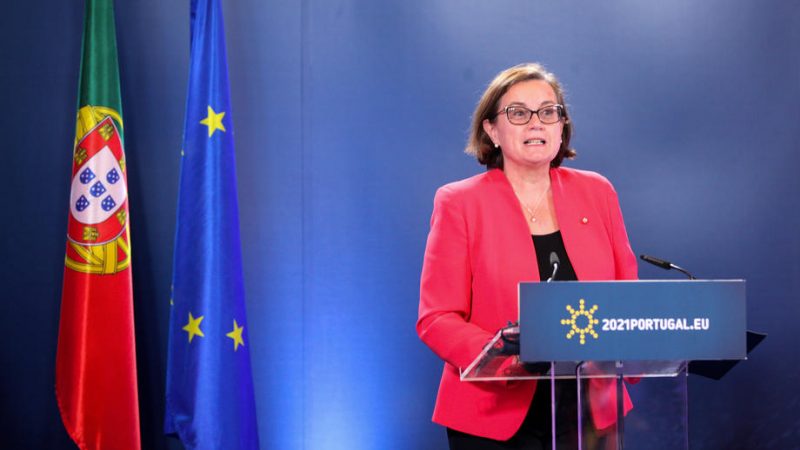 Ana Paula Zacarias said that EU and US now have "an opportunity and a responsibility to help people make a living, keep them safe, fight climate change, and defend democracy and human rights". [EPA-EFE/ANTONIO PEDRO SANTOS]

The Portuguese presidency of the Council of the EU has highlighted the “symbolic importance” of next week’s summit between the European Union and the United States, which it believes has “the potential to be a key milestone” in renewing the transatlantic partnership.

Secretary of State for European Affairs Ana Paula Zacarias told the European Parliament on Wednesday (9 June) she hoped it would be possible to “agree on an ambitious agenda for cooperation” with the US at the upcoming G7 summits.

US President Joe Biden is making his first trip to Europe for the meetings, (11-13 June in the United Kingdom) and (15 June in Brussels).

“The United States and the European Union have 780 million people who share democratic values” Zacarias said, adding that this was the “the largest economic relationship in the world.” The EU and US now have “an opportunity and a responsibility to help people make a living, keep them safe, fight climate change, and defend democracy and human rights.”

“We would like to use this summit to agree with the US on an ambitious agenda for cooperation in four key areas: fighting the COVID-19 pandemic and driving a sustainable global recovery, protecting our planet and fostering green growth, strengthening trade, investment and technology cooperation, and building a more democratic, peaceful and secure world,” she said.

Zacarias said she hoped “that leaders will agree on very concrete and ambitious outcomes in all four of these areas.”

“We believe that this event could be a key milestone in renewing and revitalising our partnership,” she said, stressing that “a strong transatlantic partnership is vital to ensure and contribute to common security, stability and prosperity”.

She also hoped that “this summit will not be a one-off event and that regular exchanges between the EU and the United States will be resumed at different levels”, now under the administration led by Joe Biden.

On his first European tour since being elected to the White House, the US President will also take part in a summit of NATO leaders in Brussels on Monday 14 June.