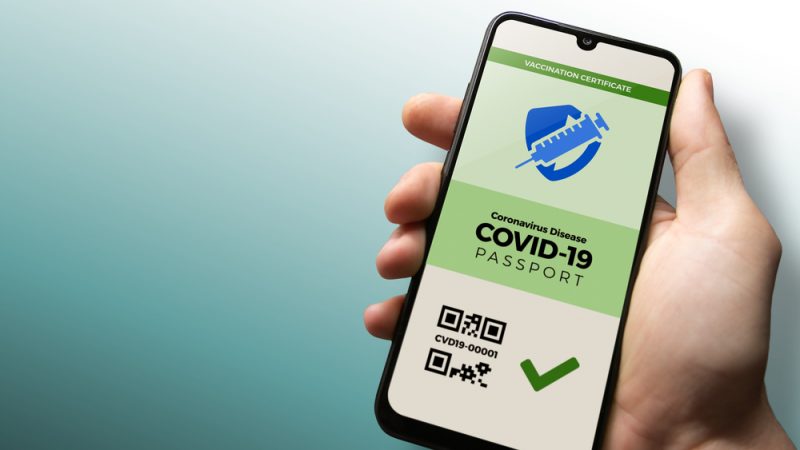 Parliament's endorsement of the plan put the EU "closer to the goal: to allow Europeans to travel safely this summer with minimal restrictions." [Shutterstock/Robert Avgustin]

European Commission President Ursula von der Leyen on Thursday (29 April) welcomed the adoption by the European Parliament of its negotiating position on plans for a digital pass proving COVID-19 testing, recovery or vaccination to facilitate travel, pending negotiations with the Portuguese EU Council presidency of the Council of the European Union.

“The European Parliament’s adoption of its position on the Digital Green Certificate is a key step towards free and safe travel this summer and now negotiations with the Portuguese presidency of the European Union can begin,” von der Leyen said in a post on the social network Twitter. “We will support and facilitate a rapid conclusion of these discussions.”

The commissioner for justice, Didier Reynders, also said in a response sent to Lusa that parliament’s endorsement of the plan put the EU “closer to the goal: to allow Europeans to travel safely this summer with minimal restrictions.

“If we continue with the good progress, I am confident that we can save the summer, ensure that loved ones and families can reunite and businesses can operate more easily,” the statement reads. “The digital green certificate must be efficient, accessible to all, and in line with fundamental rights, there is no other way.”

The European Parliament on Thursday adopted its position to open negotiations with the Council, where Portugal currently presides, on a new digital pass as proof of testing, recovery or vaccination against covid-19, facilitating movement.

The commission last month tabled a legislative proposal for the creation of a digital certificate to prove that the holder has been vaccinated, tested negative or has recovered from Covid-19, a bilingual document with a QR code, with the directive to come into force by June to allow the resumption of free movement in the EU in summer.

In the position it has now taken, the European Parlament stresses that universal, accessible, fast and free Covid-19 testing across the EU is needed to facilitate free movement, and that member states should not impose quarantine or testing beyond what is necessary on holders of the new certificate. It also specified that the certificates should not be considered travel documents.

In mid-April, EU member states approved a mandate for Portugal’s presidency of the Council to negotiate the proposal to implement this digital green certificate with the European Parliament.

With the latter’s endorsement of the plan and of its negotiating position, inter-institutional negotiations can get underway in the so-called ‘trilogue’ of parliament, council and commission.

Portugal’s presidency has the ambition of reaching an agreement with the European Parliament in May, to ensure that the certificate can go live in June.

Portugal’s foreign minister, Augusto Santos Silva, said on Thursday that the Portuguese presidency of the Council of the European Union “will do everything” so that the green digital certificate becomes operational “when summer starts”.

“We only have a few weeks to finalise the process, but we believe it is possible to finalise it,” added the minister, considering that “it will certainly be possible to reach agreement on the points that are still open,” namely the differences between the European Parliament and the Council regarding the free movement of citizens.

While “the European Parliament believes that the green digital certificate should be enough to allow the free movement of citizens throughout the European area, regardless of additional measures taken by member states, the Council believes that it is more prudent to reserve the possibility for a member state, due to a particular circumstance, to activate additional precautionary measures”, explained the minister.

The accessibility of COVID-19 tests is also “an open question”, Santos Silva pointed out, assuring, however, that “also there certainly” will be reached “an agreement”.

The European Parliament today adopted its position to open negotiations with the Council of the EU on the digital certificate for proof of testing, recovery or vaccination against COVID-19.

At issue is the legislative proposal presented by the EU executive in mid-March for the creation of a certificate to prove vaccination, testing or recovery from COVID-19, a bilingual document with a QR code that should come into force by June to allow the resumption of free movement in the EU in the summer.

The Commission’s idea is that the pass should work similarly to a boarding pass for travel, in digital and/or paper format, with a QR code that can easily be read by electronic devices. It would be made available free of charge in the citizen’s national language and in English.

Still, it would be up to member states to decide the use to be made of this certificate, that is whether in view of such a document travel restrictions such as further testing and quarantine would be lifted.

The tourism and travel sectors represent about 10% of the EU’s gross domestic product and have suffered badly from the pandemic.