Ireland considers it "unlikely" that the EU-Mercosur trade agreement will be concluded during the Portuguese presidency of the Council of the European Union. [Shutterstock/Alexey Struyskiy]

Ireland considers it “unlikely” that the EU-Mercosur trade agreement will be concluded during the Portuguese presidency of the Council of the European Union and insists on guarantees that deforestation of the Amazon will be halted.

“I think it is unlikely to be concluded during the Portuguese presidency, but we would certainly like to see progress, positive progress,” Irish European Affairs Minister Thomas Byrne told Lusa on the sidelines of a visit to Lisbon.

Pointed out as a priority by the Portuguese presidency, the conclusion of the trade agreement, reached in June 2019 between the EU and the Mercosur countries (Brazil, Argentina, Paraguay and Uruguay) after two decades of negotiations, is currently in the translation and legal review phase, at the end of which, with a political agreement of the 27, the countries of both blocs will have to ratify it.

However, several member states, including Ireland and France, as well as MEPs and civil society organisations, have expressed strong reservations about ratifying the agreement, citing concerns over its compatibility with meeting the Paris Agreement and the impact it will have on global warming, pointing in particular to the deforestation of the Amazon.

“We have concerns and we need to make sure that we do not stand idly by in the face of what is happening in the Amazon rainforest at the moment, which we are deeply concerned about,” the Irish minister stresses.

“We want assurances on environmental issues, particularly in relation to the Amazon”.

Underlining that Ireland is “strongly in favour of, and benefits from, free trade” and that for Dublin “the more free trade agreements there are, the better”, Thomas Byrne points out however that the country is equally committed to protecting the environment and natural resources.

He concedes that the Irish farming sector, which is likely to be heavily affected by the expected significant increase in beef exports from Mercosur countries, “is concerned”, but assures that this is not the main Irish reservation to the agreement.

“Our producers are always concerned when we talk about imports of meat products in particular, but I always see trade agreements as an opportunity for our producers. The products that Ireland exports, especially in terms of meat, are ‘premium’ products, really high quality, they are not ordinary meat sold very cheaply,” he says.

In that sense, he continues, “trade agreements are an opportunity to increase markets for Irish meat” and in the end the consumer will decide,” he adds.

“But we cannot be in a situation where environmental concerns that are fundamental to our planet can simply be sidelined and forgotten. We need strong assurances in order to conclude this trade deal,” he insists, pointing out that those concerns “are very strong” in Irish public opinion. 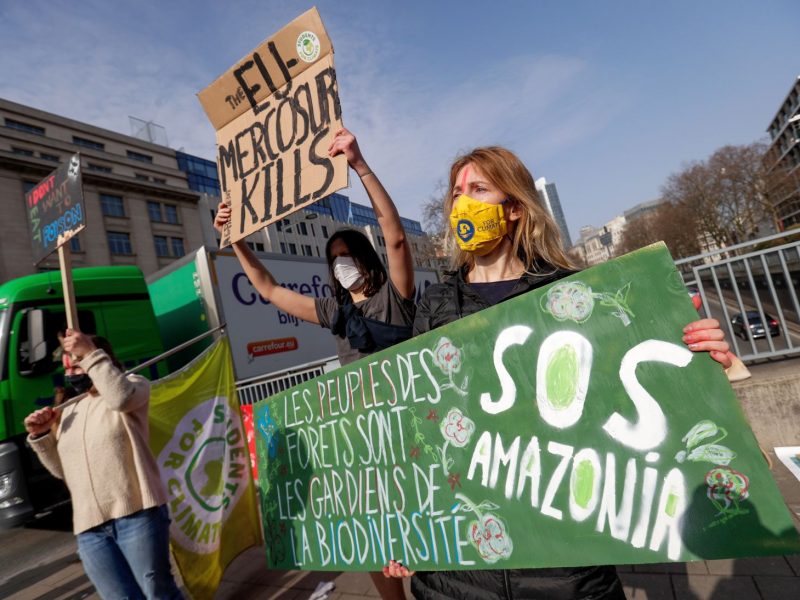 The Portuguese Foreign Minister has said that the Portuguese presidency of the Council of the European Union is working with Mercosur countries on “additional clarification” on environmental standards in the trade agreement negotiated with the EU.