Janša for more inclusion of local and regional communities 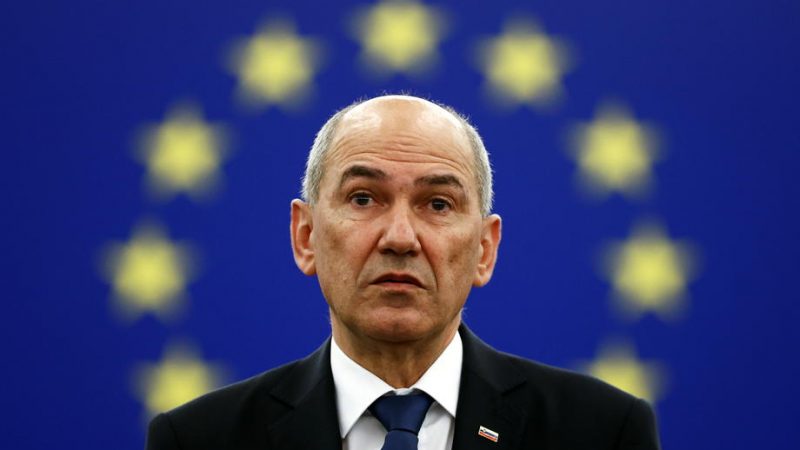 epa09324982 Slovenian Prime Minister Janez Jansa attends the presentation of the programme of the activities of the Slovenian Presidency during a plenary session at the European Parliament in Strasbourg, France, 06 July 2021. EPA-EFE/CHRISTIAN HARTMANN / POOL MAXPPP OUT

Prime Minister Janez Janša outlined the priorities of Slovenia’s EU presidency to the European Committee of the Regions on Wednesday, highlighting post-Covid recovery, green transition and the EU’s strategic autonomy while also touching on subsidiarity.
Janša answered several questions from the committee members, which primarily focused on local and regional communities’ participation in addressing challenges in the EU.

Asked how to bring the EU closer to citizens, he pointed to the need to respect subsidiarity and that EU countries are representative democracies.

He believes a greater degree of inclusion of local and regional communities is needed, where the European Committee of the Regions can play a role.

Gradation of political powers and responsibilities and the bottom-up principle should also be taken into account to a more significant degree, Janša was quoted by his office.

The committee’s chair Apostolos Tzitzikostas pointed to the role of local and regional communities in addressing the COVID-19 pandemic and implementing the Green Deal.

He urged Janša as the chairman of the Council of the EU to join forces and improve cooperation with local and regional authorities, citing an EU survey showing that 65% of senior local and regional officials feel not to have enough influence in the EU,

He also urged the presidency and the EU delegation that will attend the COP26 climate conference in Glasgow, to include regional and local authorities as players in fighting climate change in the Glasgow declaration. He believes their role in implementing the Green Deal and the national recovery and resilience plans is urgent.

Janša welcomed the proposals, saying the presidency will insist that regional and local authorities be included in implementing recovery and resilience plans.

The committee members were also interested in the rule of law after the Polish constitutional court recently decided that EU law was not above Polish law. Still, Janša said he saw no dilemma in this respect.

“We cannot speak about supremacy of one or the other law, but about the alignment of the fundamental EU treaty with the constitutions of members states or vice versa,” he said, speaking from Slovenia via video link.

He found it vital that the European Court of Justice has the final say when somebody thinks something is not in line with the legal order. This cannot be the European Commission, Parliament or Council. “It must be the court that decides at the end, and that decision must be respected. And this is the rule of law for me.”

The committee members also inquired about Janša’s view on the rising energy prices and potential solutions as another topical issue.

Janša said the European Commission would draft some solutions by the next EU summit, due next week. The price shock has enhanced the EU’s debate on strategic autonomy, including in energy, he said, but he does not expect prompt solutions if Europe disagrees on the acceptability of nuclear power.

The European Committee of the Regions is an EU advisory body composed of locally and regionally elected representatives coming from all member states. Today’s hybrid discussion of Slovenia’s EU presidency priorities with Janša was held as the committee is meeting for a plenary session this week.