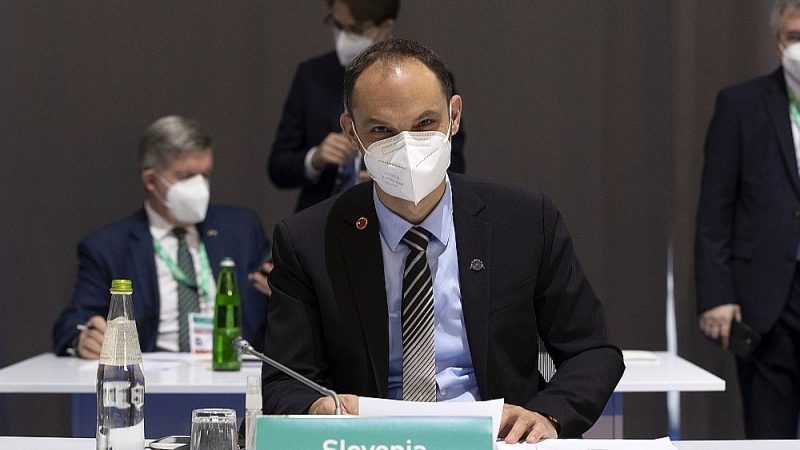 On behalf of the Council of the EU, Slovenian Foreign Minister Anže Logar told the European Parliament on Wednesday that hearings under Article 7 of the Treaty on European Union regarding Poland and Hungary were on the agenda of Slovenia’s EU presidency as many MEPs were critical of the stalling of sanctions procedures in question.

Article 7, a mechanism to deal with governments putting the EU’s values at risk, envisages suspension of all voting rights as the most radical sanction. In the case of Poland and Hungary, the procedures have been stalled for years as there is no consensus among EU member states.

French MEP Valerie Hayer (Renew/LREM) said that the Slovenian presidency should prove its claims of putting the rule of law front and centre by protecting the rule of law in Hungary and Poland and by not cooperating with whom she described as illiberal Hungarian Prime Minister Viktor Orban.

Responding to criticism over the stalled procedures, Logar said that the Union launched the Article 7 procedures against Poland in December 2017 and since then four hearings had been conducted over a period of seven EU presidency spells. When it comes to Hungary, the procedures were launched in September 2018 and three hearings have been held since, he said, highlighting that hearings had been also postponed due to the pandemic.

Logar said that he could not prejudge activities in the next six months, however, he added, Article 7 hearings were on the preliminary agenda of the Slovenian presidency. He did not give any details though. It is however expected an Article 7 hearing will be held as part of the December meeting of ministers in charge of EU affairs.

EU Commission Vice-President for Values and Transparency Vera Jourova reiterated today that, according to the Commission, the situation in Poland and Hungary was not improving. The Commission finds it key that this topic remains on the agenda as long as there are reasons for such procedures in those two countries, she said.

Logar also took part in today’s discussion in the Parliament on Hungary’s anti-LGBTIQ law in his capacity as the Council’s high representative. He told EU lawmakers that there was no room for homophobia in the EU and that no one should feel the need to hide their self for fear of discrimination, hatred or violence.

Family law and school curriculum are indeed areas that fall within the remit of member states, however the principle of non-discrimination is a fundamental part of EU legislation, he said.