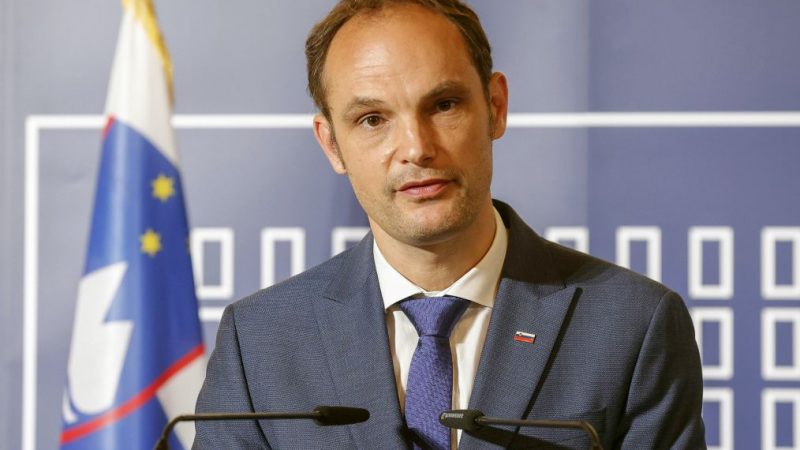 EPP MEP Michael Gahler broached the issue of the “two infamous non-papers” on redrawing borders in the Western Balkans. He specifically mentioned Bosnia-Herzegovina and Kosovo and asked Logar if he could state it one more time that the Slovenian government had not been the source of this and that it did not agree with the content of these unofficial documents.

Logar replied by saying that the Council of the EU maintained its unequivocal commitment to the European perspective of Bosnia-Herzegovina as a single, united and sovereign country.

S&D and Renew MEPs raised concerns over Janša’s recent statements in support of an investigation into a 1988 massacre in Iran.

S&D MEP Isabel Santos asked Logar about Slovenia’s stance on negotiations on the Iran nuclear deal. The EU has been determined in its efforts to uphold the 2015 deal, and Janša’s statements have been criticised for what the critics see as undermining those efforts.

Logar highlighted that Slovenia was not meddling in the internal affairs of other countries, but would always advocate human rights and fundamental freedoms. He pointed to the EU’s foreign policy chief Josep Borrell’s explanations on Monday, saying that Janša’s statements had been given in his capacity as the Slovenian prime minister.

Even if a country is at the helm of the Council of the EU, it may still have its own foreign policy, Logar said, noting that Slovenia’s foreign policy was based on the advocacy of human rights.

Renew MEP Nathalie Loiseau meanwhile voiced bewilderment and concern during the presentation over Defence Minister Matej Tonin’s declining her invitation to attend a session of the European Parliament’s Subcommittee on Security and Defence. She finds his argument that defence is a national competence an unusual and surprising stance for the EU presiding country.

She also highlighted an upcoming inter-parliamentary conference in Ljubljana, saying EU representatives were having a hard time securing their participation. This is becoming a serious problem, she said.

Non-attached MEP Marton Gyöngyösi and S&D MEP Thijs Reuten raised the issues of media freedom, independent judiciary and the rule of law in Slovenia, saying the worsening situation undermined the credibility of Slovenia’s efforts regarding the Western Balkans. Responding, Logar said the recent Rule of Law Report painted a different picture of Slovenia.

A lot of MEPs’ questions, including one by Slovenian MEP Milan Zver (EPP/SDS), addressed the importance of ensuring progress in the Western Balkans, particularly when it comes to unblocking the start of accession talks with North Macedonia and Albania.

Logar said that following the election in Bulgaria, there was a very slim chance of lifting Bulgaria’s veto on the negotiations, but the first one should wait for the result of the election. The Slovenian presidency will then do its best to find a solution, he added.