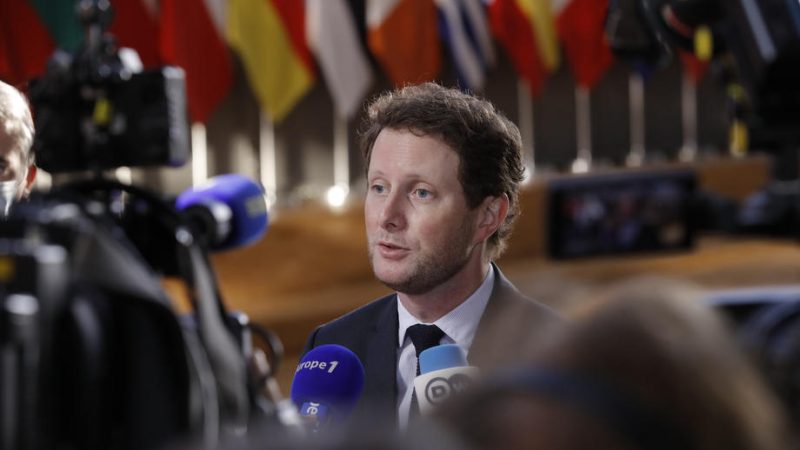 "The only debate that we are opening, and which will be conducted in a transparent manner, is to know if, on specific issues, there can be material support," the Secretary of State for European Affairs, Clément Beaune, told Mediapart last March. [OLIVIER HOSLET/EPA]

The Observatoire des multinationales and Corporate Europe Observatory published a new report on Tuesday 12 October. They criticised the French government for working too “closely” with big business in the run-up to its rotating presidency of the EU Council.

Once again, the issue of the intrusion of private interests in the exercise of a rotating presidency of the EU Council has entered the debate as France prepares to take on this responsibility in January.

In a new report, the Observatoire des multinationales and Corporate Europe Observatory have expressed their “growing concerns” about possible conflicts of interest between public authorities and industry.

They point to the list of lobbying appointments (the “Transparency Register”) of the French Permanent Representative in Brussels and his deputy, which has been kept up to date since 1 July in accordance with EU rules.

Beyond the interlocutors as such (which include notably EDF, “active in nuclear and fossil fuels” or “the arms and aeronautics company Dassault”, the report notes), the associations are concerned about a “worrying culture of secrecy and lack of transparency”. According to them, these exchanges should be made public.

“Within the European Council, the French government has systematically resisted efforts to strengthen the transparency of lobbying. Its presence is likely to further align European policy with the interests of big business, increase collusion between governments and the private sector, and reduce the democratic responsibilities of European decision-makers,” the NGOs said.

Contacted by EURACTIV, France’s Permanent Representation to the EU denied privileging its relations with big business and said it respects Brussels’s existing rules on transparency.

The Observatoire des multinationales and Corporate Europe Observatory also accuse France of giving pride of place to think tanks that “tend to present themselves as objective and impartial” while “many” of them “are funded by big companies […] or have corporate executives” running them.

The report does not ignore the issue of “sponsorship” either, which is much debated during each rotating presidency.

NGOs blame the government for not having completely closed the door on this practice, saying that Paris favours patronage over sponsorship. “The only debate that we are opening, and which will be conducted transparently, is to know if, on specific issues, there can be material support,” the Secretary of State for European Affairs, Clément Beaune, told Mediapart last March.

He added: “I’ll take a very concrete example: a French car manufacturer lending electric cars for an event because this is also in line with our priorities for the climate. This is the maximum we would allow ourselves, in terms of involvement of the business world.”

When contacted by EURACTIV, the secretariat general of the French EU Presidency confirmed this commitment. France will allow itself to have recourse to sponsorship, in the form of material support, on condition that this is in line with the objective of limiting or reducing the EU presidency’s carbon footprint.

A public charter should also be drawn up to regulate the practice.

“We are still the French state. You’re going to make me believe that we are not capable of organising events without corporate support. If that’s the case, it means we’re bankrupt,” MEP Manon Aubry (GUE/NGL) had told EURACTIV at the time of a previous call by the same NGOs to refuse all sponsorship for the French presidency of the EU, as Germany did in 2020. 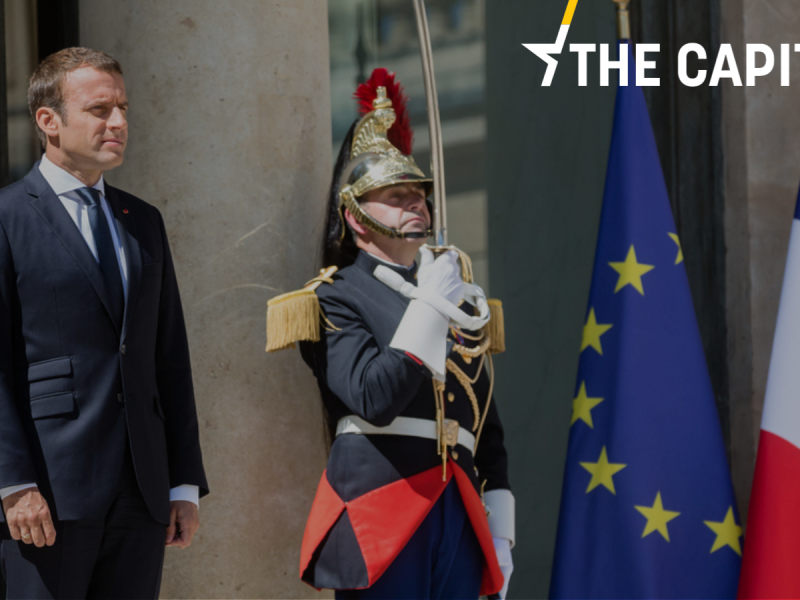 In today’s edition of the Capitals, find out more about Czech-Polish relations hitting rock-bottom as the Turow mine incident remains unsolved, the party elections in Romania that could decide the fate of the government, and so much more.