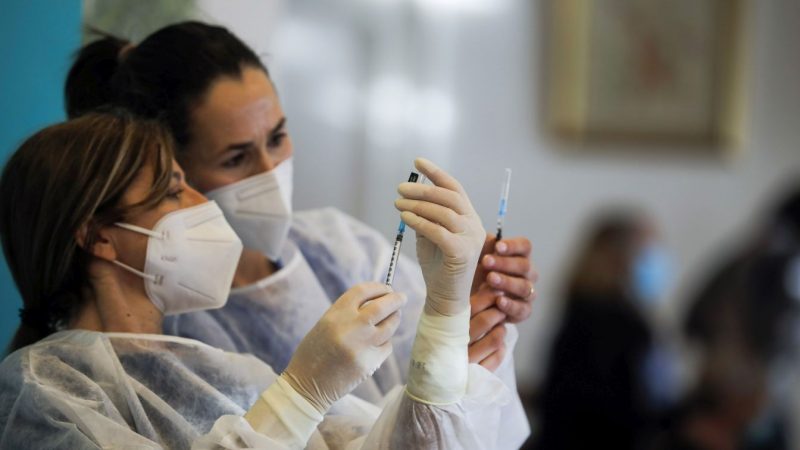 the proposed legislation provides for creating a coordination group - bringing together national health authorities - that will work on joint clinical assessments and joint scientific consultations on health technologies. [EPA-EFE/PAULO CUNHA]

“After more than three years of negotiations, the Council of the EU agreed to move forward with a mandate to start discussions with the European Parliament on Health Technology Assessment,” the Portuguese presidency announced on its official Twitter social network account, adding that the proposed text should benefit everyone and facilitate patient access to health technologies.

The 27 took more than three years to agree on their common position around a proposal put forward by the (former) European Commission in January 2018 to create a basis for permanent cooperation between member states for the joint assessment of new medicines and certain medical devices. The European Parliament agreed its position in February 2019.

In particular, the proposed legislation provides for creating a coordination group – bringing together national health authorities – that will work on joint clinical assessments and joint scientific consultations on health technologies.

The negotiating mandate adopted today represents an important milestone. Once adopted, the regulation on health technology assessment will be a major step forward in health. It will provide a robust framework for cooperation, to the benefit of member states, industry, and, above all, citizens,” Portugal’s health minister Marta Temido, who is chairing the EU Health Council for the current semester, said in a press release issued by the Council.

According to the proposal presented by the Commission, with an HTA at the European level, member states can collaborate under four pillars: joint clinical assessment, joint scientific consultation, identification of emerging health technologies and voluntary cooperation in other areas.

In 2015, the National System for Health Technology Assessment was created, which determines that HTA now covers health technologies other than medicines, such as medical devices, and also foresees that the value of the technologies is determined throughout their life cycle and not only at the time of their introduction in the market.

With the mandate agreed today by the ambassadors of the 27 and given to the Portuguese presidency, negotiations with the European Parliament can start immediately.