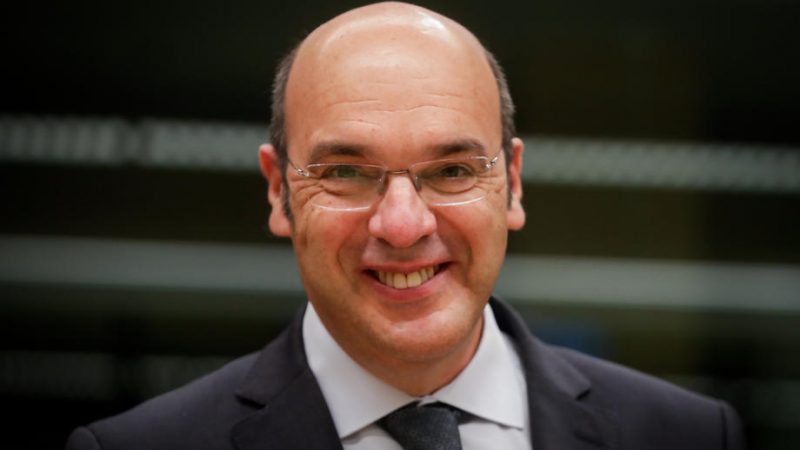 Portuguese Economy Minister Pedro Siza Vieira said that now that the end of the COVID-19 pandemic is in sight, the reconstruction of the EU economy should be based on "the better functioning of the single market." [EPA-EFE/STEPHANIE LECOCQ]

Portuguese Economy Minister Pedro Siza Vieira has said that the European Union’s single market is still an “incomplete construction” with “barriers to be eliminated” but that steps to make it function better should be a foundation of the post-pandemic economic recovery.

“The internal market is probably the greatest value that the European Union offers to its citizens and its businesses,” said Siza Vieira, told the Single Market Forum (SIMFO) on Friday (25 June).

“But the single market is still an incomplete construction: we know that we still have barriers to remove in many areas of activity,” he told the forum, organised by the European Commission and Portugal as holder until 30 June of the presidency of the Council of the EU.

“We also know that the single market may have some weaknesses,” he added.

Siza Vieira said that now that the end of the COVID-19 pandemic is in sight, the reconstruction of the EU economy should be based on “the better functioning of the single market” so that companies are able to “better face the challenges of the double digital and climate transition.”

SIMFO is to see a discussion of the main trends and transformations in the single market in the post-pandemic scenario.

In his comments, Siza Vieira highlighted the importance of discussing the “prevention of barriers to the functioning of the internal market” and the concrete implementation of EU directives on services and transparency.

The EU’s Commissioner for the Internal Market Thierry Breton, also addressed the forum, arguing that, with the EU reopening and economy recovering, this is a “good” time to discuss the single market.

“Let’s be honest, we were all taken by surprise,” he said. “We took the single market for granted. The pandemic has abruptly forced us to put everything into perspective.”

Breton argued that the pandemic had been a test of the single market’s resilience, but was also a “major disruption” that acted as an “engine” for the system to remain competitive.

“For many companies, the digitalisation accelerated by the pandemic was also a catalyst for the shift to e-commerce,” he pointed out, in reference to the shift online.

On 1 January this year, Portugal assumed the six-month presidency of the Council of the EU. Its stint ends on 30 June.