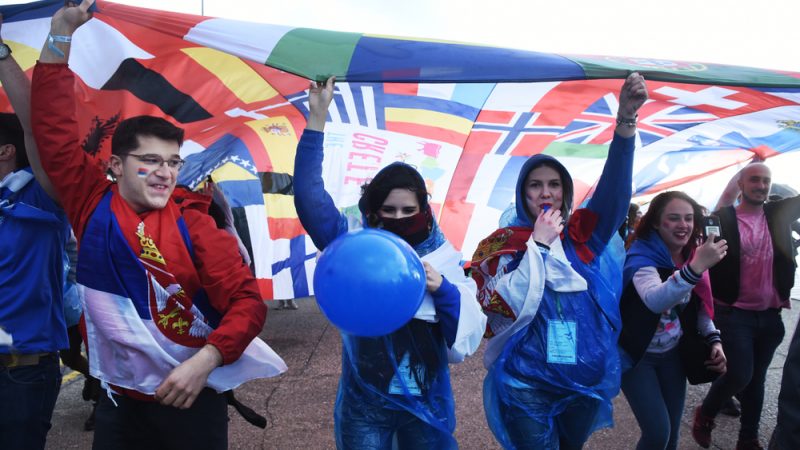 "Portugal welcomes the fact that the European Commission has adopted the first annual work programme of Erasmus+, the Union's programme for the education and training, youth and sport sectors," the minister said in a note sent to Lusa. [Shutterstock/Giannis Papanikos]

Portugal’s minister of education, Tiago Brandão Rodrigues, has welcomed the European Commission’s launch of its proposed Erasmus+ exchange programme for the period 2021-2027, pledging to work towards its formal adoption and announcing its official launch on 18 June in Viana do Castelo, in northern Portugal.

The country is the current holder of the rotating presidency of the Council of the European Union, until 30 June.

“Portugal welcomes the fact that the European Commission has adopted the first annual work programme of Erasmus+, the Union’s programme for the education and training, youth and sport sectors,” the minister said in a note sent to Lusa on Friday (26 March).

In it, he also welcomes the “launch of the first calls for applications under the new programme”, noting that it “will involve for the seven-year period a sum of more than €28 billion to fund mobility projects for learning and transnational cooperation purposes, covering ten million European citizens of all ages and origins.

As holder of the presidency of the Council, he adds, “Portugal is working towards the formal adoption of the Erasmus+ regulation, with the European launch of the new programme planned for 18 June in Viana do Castelo.”

The commission on Thursday officially launched the new Erasmus+ programme, endowed with €26.2 billion and which aims to be more inclusive and support EU’s green and digital transition.

“There are few programmes as emblematic as this one: in the last Eurobarometer [survey], European citizens rated it as the most positive EU result after free movement and peace,” said Mariya Gabriel, the commissioner for innovation, research, culture, education and youth, at a news conference on Thursday. “It is therefore symbolic that Erasmus+ is one of the first programmes the Commission launches under the new Multiannual Financial Framework.”

With this increased budget, the exchange programme continues to offer “opportunities for study periods abroad, placements, apprenticeships and exchanges” to “secondary school, higher education, vocational education and training and adult learners”, but aims to be “new and revamped” with the inclusion of a green and digital strand, as well as seeking to be more inclusive.

Regarding the need to link Erasmus+ to the digital transition, which the commission has identified as a priority, Gabriel said that the programme would play an “essential role” in “preparing individuals and organisations” for the transition, contributing to “supporting the skills of teachers, trainers and students of all ages to make an intelligent and responsible use of digital tools.”

In a way that also furthers the European Green Deal – which envisages the EU achieving carbon neutrality by 2050 – Erasmus+ is also to aid in the transition by offering “financial incentives to participants to use durable modes of transport, such as the train” and by investing in projects to raise awareness of the need for environmental protection.

First launched in 1987, the Erasmus programme became Erasmus+ in 2014 in order to cover new fields of activity, such as vocational training, adult education and youth exchanges, youth workers and sports coaches.

According to the European Commission, over three decades “more than ten million” Europeans have taken part in the programme where, in addition to the 27 EU countries, Iceland, Liechtenstein, North Macedonia, Norway, Serbia and Turkey also participate.