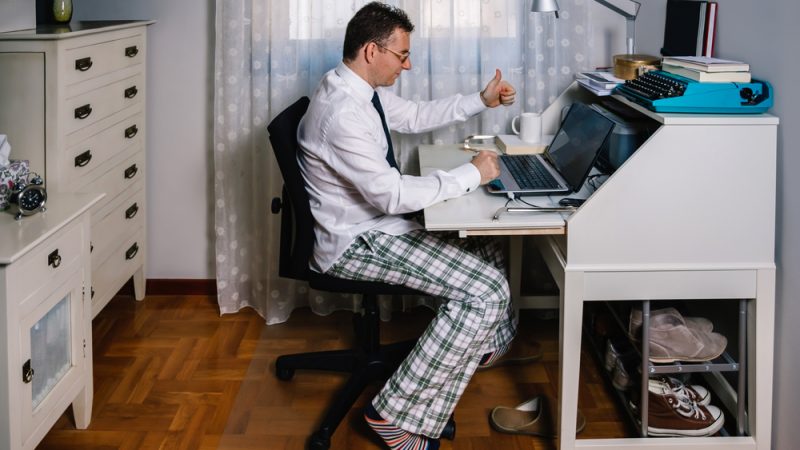 The coordinators of the Green Paper on the Future of Work in Portugal, Teresa Coelho Moreira and Guilherme Dray, said that in 2014 only 0.05% of the working population in Portugal was in remote working compared to 12.3% today. [Shutterstock/Denise Fernandes]

Speaking at a high-level conference on the future of work organised by Portugal’s EU Presidency, Cabrita stressed the importance of finding a balance between opportunities and risks of remote working.

He defended the need “to move quickly towards regulation of this model that is no longer new,” but which has become widespread due to the COVID-19 pandemic.

Irene Mandl, head of the employment unit of EU labour agency Eurofound, said that remote working became “the new normal” during the pandemic, and also backed the idea of regulating it.

“Some part of the work should continue to take place in this way after the crisis,” she said.

Among the advantages of remote working, she cited greater worker inclusion, increased flexibility and autonomy and a better balance between work and family life.

On the other hand, she stressed that there are risks such as the exclusion of certain groups or the increase of workers’ control, greater stress and unlimited working time.

Ilze Zvidrina, a Latvian official who chairs the European Commission’s employment committee, pointed out that the pandemic crisis emphasised “some of the already existing weaknesses” of remote working. She argued in favour of finding the right balance, taking into account both job creation and destruction, and make efforts to address labour market segmentation.

“Some professions can make use of remote work, others not so much,” Zvidrina said.

Stefano Scarpetta, director of the OECD’s directorate for employment, labour and social affairs, said the pandemic had caused “a major social crisis in employment” and many people had to move to other types of work arrangements.

The pandemic showed that “there are many jobs that can be done from home and also that companies had workers with the capacity to do so”, Scarpetta said.

“It is likely that there will be a number of people working from home or in hybrid situations after the crisis,” he added, warning though that distance working could contribute to extended working hours and result in digital stress.

Meanwhile, the coordinators of the Green Paper on the Future of Work in Portugal, Teresa Coelho Moreira and Guilherme Dray, said that in 2014 only 0.05% of the working population in Portugal was in remote working compared to 12.3% today.

“There are now new opportunities and new risks, which is why it is necessary to adopt public policies that guarantee freedom of choice to manage greater flexibility and, on the other hand, the defence and protection of the teleworker”, said Dray.

Moreira said there were also risks associated with a “lack of vigilance” of algorithms related to the access of the employer to confidential data, for example.

In turn, ILO deputy director-general Martha Newton, argued that despite the risks, “if remote work is voluntary, it has the potential to be beneficial for both companies and workers”. 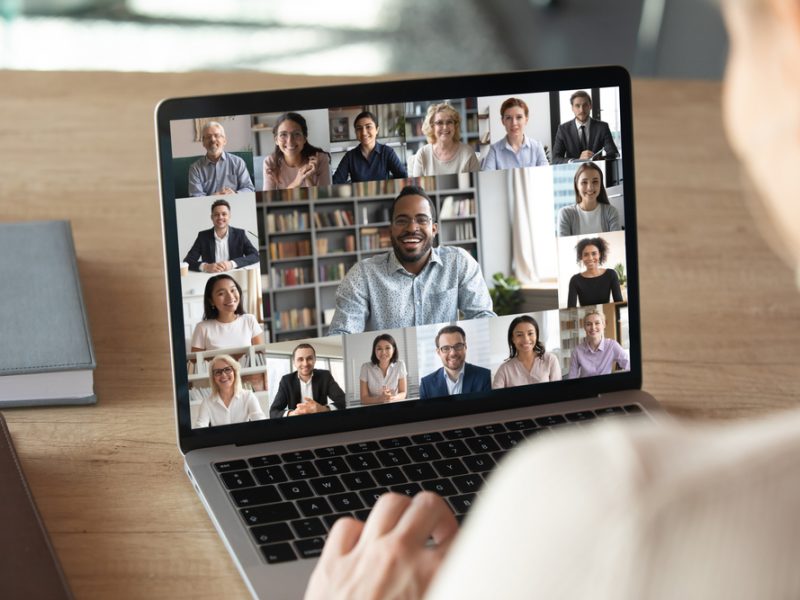 The Covid-19 pandemic has meant that almost half of the working population in the European Union (EU) were fully or partially working remotely in July, up from around 10% before the pandemic crisis, according to Eurofound.

One response to “Remote work needs to be regulated ‘quickly’, EU presidency says”