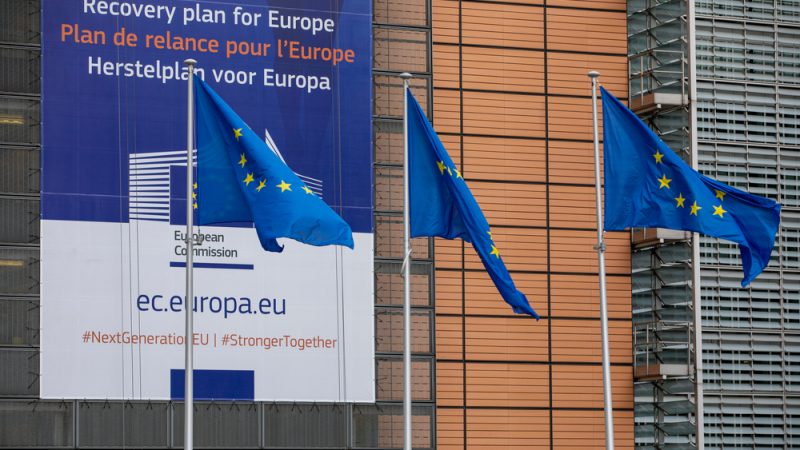 Chairing the conference of EU cohesion ministers, Černač said in his opening address via video call that the EU had shown during the pandemic that solidarity was a value "that connects us inseparably". [Shutterstock/Xavier Lejeune Photo]

Cohesion policy has an important role to play in dealing with the COVID-19 pandemic and its aftermath, and the Slovenian EU presidency intends to keep it strong, Development and EU Cohesion Policy Minister Zvonko Černač said at a conference in Porto.

Chairing the conference of EU cohesion ministers, Černač said in his opening address via video call that the EU had shown during the pandemic that solidarity was a value “that connects us inseparably”.

“Cohesion policy is what has had an important role in dealing with the pandemic and its aftermath. Crucial for recovery of the European economy and society will also be efficient implementation of the instrument NextGenerationEU, especially the recovery and resilience mechanism,” he was quoted as saying by the Government Office for Development and EU Cohesion Policy.

The minister also presented the priorities of the Slovenian EU presidency in cohesion, which focus on the recovery of the European economy through the green and digital transitions.

The Slovenian EU presidency strives for a strong cohesion policy in the future that will be based on partnership and take into account the specifics of individual countries and regions.

“Cohesion policy must guarantee equal starting point point for all – regardless of which municipality, region or country they live in. We are working to create flexibility and introduce simplifications that will make project implementation easier and thus also access to EU funds,” the minister said.

He noted that after the cohesion legislative framework had been passed in June it was now up to EU members to draw up good partnership agreements and operative programmes that would contribute to the implementation of the goals of the EU, member states and regions.

The Slovenian EU presidency has been focussing on the exchange of opinions and experiences in drafting strategic and programme documents, striving for synergies, use of various sources and including of partners into the process. A special emphasis is given to promoting of cohesion policy among citizens, he said.

“After all, cohesion funds connect us in various ways, they come from the people and so they must return to them through better infrastructure, more quality services and providing for equal opportunities for all,” Černač said.