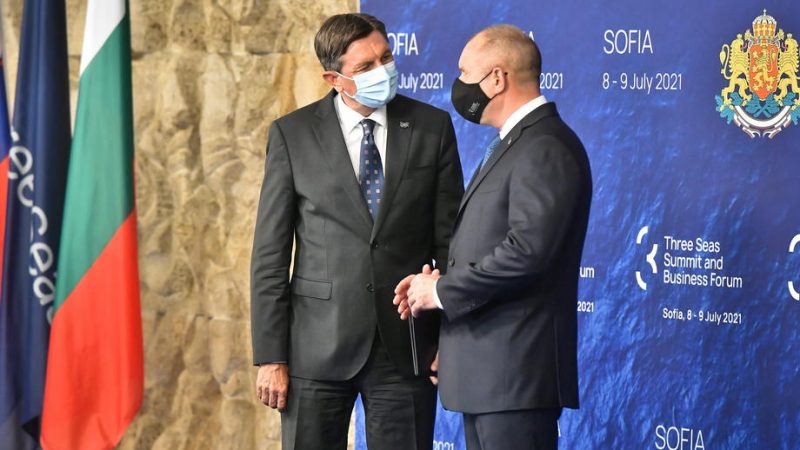 The presidents are personally committed to seeking a compromise solution that would pave the way for the start of North Macedonia’s EU accession talks, Pahor’s office said.

Pahor and Radev sought a compromise solution acceptable to all sides during a meeting of their delegations and during their tête-à-tête.

The EU enlargement to the Western Balkans is necessary and should happen as soon as possible, the pair agreed as they held talks in Sofia before the Three Seas Initiative summit.

Bulgarians will vote in snap elections on Sunday and any compromise would have to be endorsed by the next parliament. The previous parliament voted in October 2019 with absolute majority a declaration containing strict conditions for approving the start of North Macedonia’s EU accession talks.

The EU’s enlargement is one of the priorities of the Slovenian EU presidency. During the Portuguese presidency in the first half of the year, there was no agreement on the start of EU membership negotiations with North Macedonia and Albania.

The process has been at a standstill due to Bulgaria’s blockage of North Macedonia’s EU path. Sofia considers that Skopje has failed to implement the Treaty of Friendship, Good Neighbourliness and Cooperation signed in 2017, over issues such as common history.

Sofia also blames Skopje for rhetoric that routinely sees Bulgaria labelled as a fascist state and Bulgarians described as “Tatars”. When it comes to Albania, there is no veto, however, most member states think that North Macedonia and Albania’s accession talks should not be decoupled.