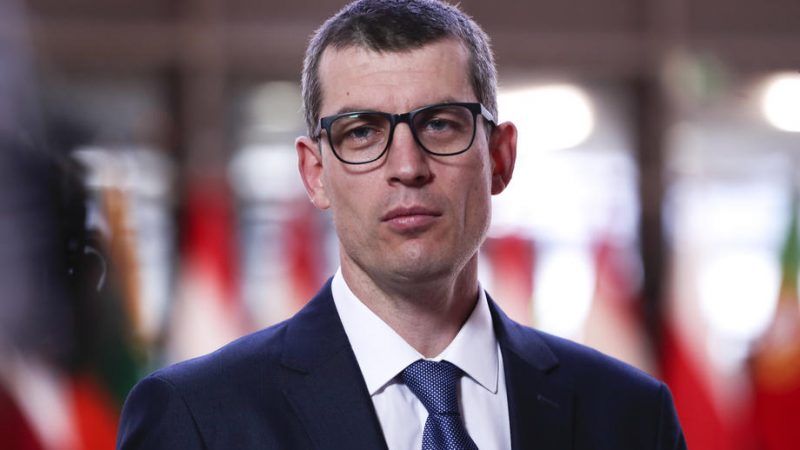 Slovenia, the current holder of the rotating EU Presidency, said it hoped for “constructive dialogue” between the European Commission and Poland to bridge their differences over the rule of law.

At the meeting, the bloc’s 27 ministers in charge of EU affairs exchanged views about the state of the rule of law in the EU on the basis of the European Commission’s annual report, and could not avoid discussing the issue of the primacy of EU law.

European Commissioner for Justice Didier Reynders said that the Commission would take measures regarding the decision of the top court in Poland.

“We are very worried,” Reynders said, adding that the primacy of EU law needed to be protected with all available means, including mechanisms making the disbursement of EU funds conditional on the respect of the rule of law.

The commissioner said measures need to be taken, but added that the European Commission remained open for dialogue, and that he would visit Warsaw in mid-November to discuss the matter.

A debate about a crisis of the rule of law in Poland and primacy of EU law was also held in the European Parliament on Tuesday, with European Commission President Ursula von der Leyen saying that the decision of the Polish court questioned the foundations of the EU and that the Commission would take resolute measures.

The position presented by the European Commission enjoyed broad support at the session of the General Affairs Council, with the exception of one or two members, which Reynders did not name.

According to unofficial information, several EU countries, including the Netherlands, Belgium, Luxembourg, Denmark, Germany, Ireland and Sweden called on the European Commission to intervene, and almost all member states expressed concern.

Asked whether Slovenia supported von der Leyen’s position, Dovžan said that Slovenia was currently presiding the EU Council and it could not express its position on the matters it presided over.

The state secretary said that Slovenia had never questioned any fundamental principle of EU law, its primacy in particular.

The Slovenian EU presidency hoped that “constructive dialogue” would continue between the European Commission as the guardian of EU treaties and Poland towards bridging differences.