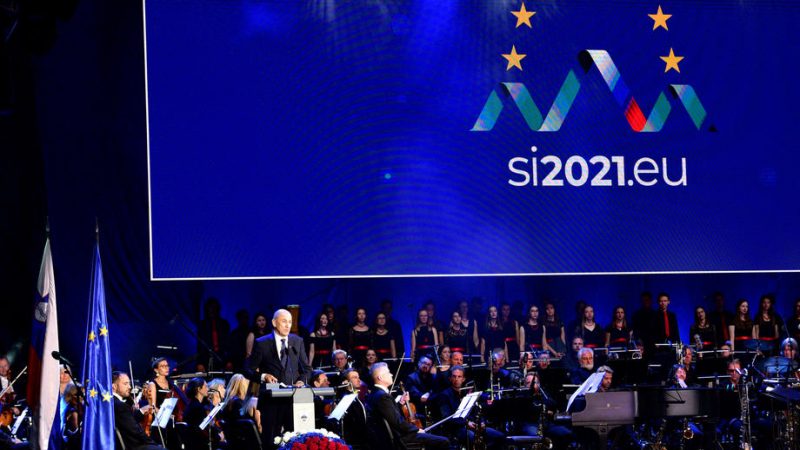 Slovenia’s six-month stint at the helm of the Council of the European Union begins on Thursday (1 July) with a customary working visit by the College of Commissioners and Commission President Ursula von der Leyen.

This is Slovenia’s second stint in the rotating presidency since it joined the bloc in 2004. It last held the presidency in the first half of 2008.

The officials will review priorities for the next six months, and von der Leyen will present an assessment of Slovenia’s recovery and resilience plan.

Commissioners and ministers will hold talks on a range of themes including the European Green Deal, digital transformation, recovery and resilience, foreign relations with the emphasis on the Western Balkans and migration, security, the rule of law and the Conference on the Future of Europe.

Von der Leyen is scheduled to meet Prime Minister Janez Janša, a close ally of Hungarian Prime Minister Viktor Orbán, whose disagreements with Western Europe came to an ill-tempered head at a summit last week over a law that bans schools from using materials seen as promoting homosexuality.

At last week’s summit, where Janša and Poland’s prime minister were reportedly the only leaders to back Orbán on Hungary’s anti-LGBT law, French President Emmanuel Macron spoke of a fundamental “East-West divide.”

“Slovenia and many other countries do not want to be part of any new divisions in Europe. There were enough of those. We have joined the EU to become united, not divided,” Janša told reporters last week.

The working lunch will follow a joint press conference featuring Janša and von der Leyen is scheduled for 3:30 pm.

The EU delegation will wrap up the visit by attending a ballet extravaganza on Lake Bled that will mark the start of the Slovenian EU presidency.

Based on a ballad by Slovenian Romantic poet France Prešeren, Water Man has been choreographed by Edward Clug, the artistic director of the SNG Maribor opera and ballet ensemble.