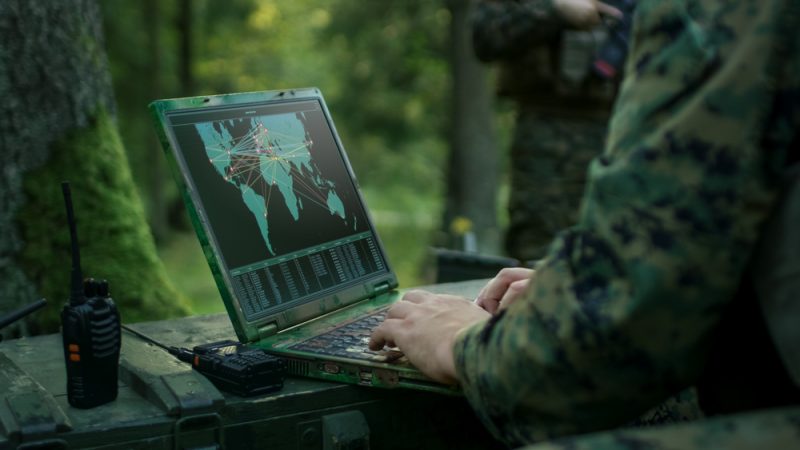 The annual meeting focused on strategic issues and the challenges of the global regime of oversight over weapons of mass destruction. [Shutterstock/Gorodenkoff]

Slovenia hosted on Wednesday (29 September) an informal meeting of EU non-proliferation and disarmament directors as part of the country’s EU Council presidency, the Foreign Ministry said.

The annual meeting focused on strategic issues and the challenges of the global regime of oversight over weapons of mass destruction.

The meeting was chaired by the Slovenian ambassador for arms control, disarmament and non-proliferation, Andrej Benedejčič.

The talks focused on the preparations for the tenth review conference of the parties to the Treaty on the Non-Proliferation of Nuclear Weapons (NPT) to be held at the United Nations Headquarters in New York in early 2022.

In this context, a special guest at a working dinner of directors on Tuesday was Argentinian Ambassador Gustavo Rodolfo Zlauvinen as chair of the review conference.

The directors expressed support to his further efforts for a successful meeting.

They also discussed the key points that the Council of the EU is to advocate in the negotiations on the agreement to be reached at the end of the review conference.

The directors agreed it was crucial that the EU is well prepared for the conference and that it contributes to the further implementation of the NPT.

A debate was also held on the role of the EU in arms control and the strengthening of the EU policies in oversight over exporting of military technology and equipment.

The directors also discussed the upcoming sixth review conference of the parties to the United Nations Convention on Certain Conventional Weapons (CCW).

As part of the meeting, the directors visited the Jožef Stefan Institute Reactor Centre to learn about the role that the research reactor Triga Mark II played in the development of the Slovenian expertise in nuclear technology.

Slovenia is one of the 32 countries in the world with a comprehensive civil nuclear programme and was recently elected to the Board of Governors of the International agency for Atomic Energy (IAEA) for the fourth time, for the 2021-2023 term.