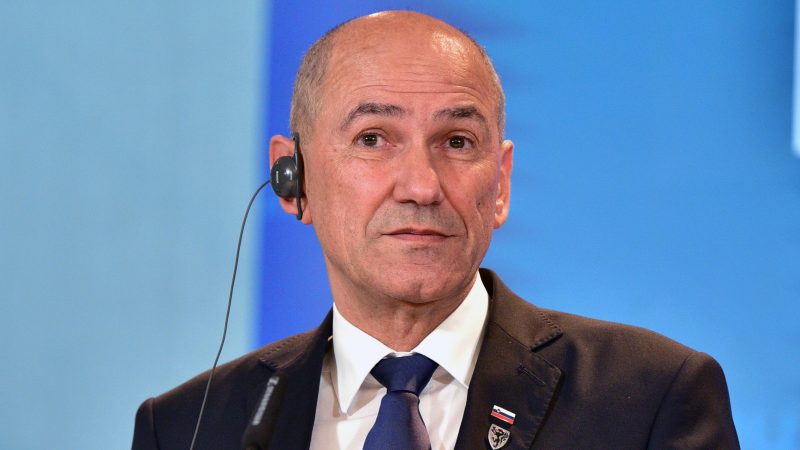 Janez Janša, the prime minister of Slovenia, which currently holds the six-month rotating EU Council presidency, has accused the European Commission of political abuse over the rule of law.

In an interview with Euronews, the Slovenian Prime Minister said the Commission’s efforts to get member states like Poland and Hungary to comply with the EU’s fundamental values is “close to breaking the rule of law” itself.

“We have the UN Charter of Human Rights. We have a European charter of human rights, but in political language, especially in the European Parliament, everyone can add to this list whatever he or she wants,” he said.

“So it’s a politically abused term and used for political battle,” Janša said in the interview on the sidelines of the EU-Western Balkans summit in Brdo.

While the European Parliament is a political body, the European Commission should under the EU treaty stay out of political battles, he argued. This had been the case when the Commission was led by Jean-Claude Juncker, but it changed as Ursula von der Leyen took over, he said, adding: “I think this is close to breaking the rule of law because the Commission has to be an honest broker.”

Janša’s comments come as the European Commission is embroiled in a legal spat with Poland, which has challenged the primacy of EU law over national law.

Pending a ruling by the Polish constitutional court, the EU executive has held up the release of €57 billion in EU recovery funds to Warsaw.

Janša also took aim at Commission Vice-President Vera Jourova, who alongside Justice Commissioner Didier Reynders, has become the most public face of the Commission’s effort to ensure compliance with the rule of law.

He accused Jourova of “issuing statements which are a clear violation of the treaty. But she’s supported by the European press. So she is continuing with this. If this would have happened 15 years ago, I think she wouldn’t stay as a member of the Commission for one week. At that time, the rules were clear,” Janša said. 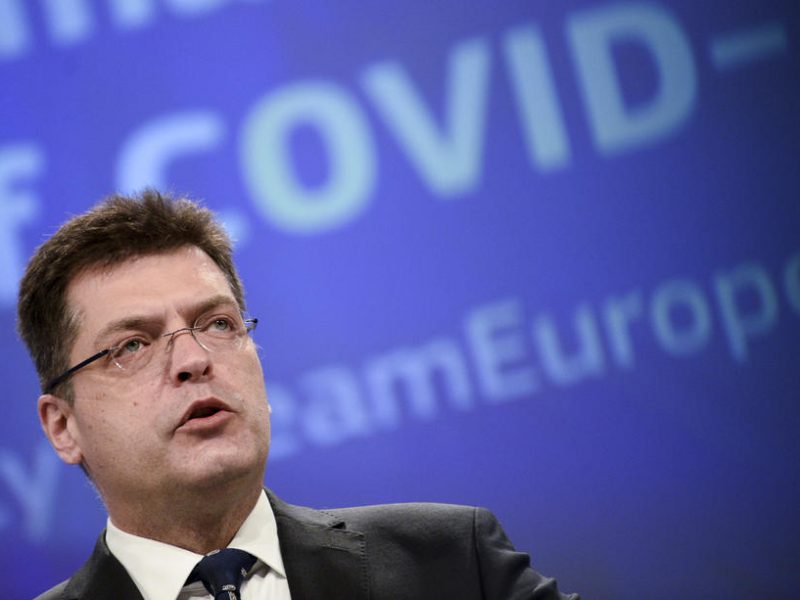 European Commissioner Janez Lenarčič has rejected an accusation by PΜ Janez Janša that he was acting against Slovenia’s interests saying “Slovenia is being harmed by those who undermine the rule of law and media freedom”.

Commenting on the EU’s relations with Western Balkan Countries, Janša noted that the EU is not the only investor in the region but has competitors such as China, Russia and Turkey.

While they are not setting conditions for investment, the EU does, Janša said, listing European standards such as rule of law reforms. Such conditioning “is OK, if there is a light at the end of the tunnel”.

“There is one big advantage on our side: the EU membership […] But if this perspective is not real, then we are losing momentum and we are at a crucial moment.”

Discussing the EU’s strategic autonomy and its global role, Janša argued for continued partnership with the US, including within NATO. But he also added that NATO and the US “will not solve the problems and conflicts in our backyard, in our neighbourhood” that is the Western Balkans, the Mediterranean and Africa.

He believes the bloc should be more focused on securing its own external borders instead of “sending money and humanitarian aid, which is then finishing in the hands of the terrorists or the warlords”.

About Afghanistan, he said: “Our obligation is to help those who helped us”, but added that “there is no place in Europe for 10 million Afghanistan people,” and asserting that the EU “will not repeat the mistake some member countries made in 2015”.