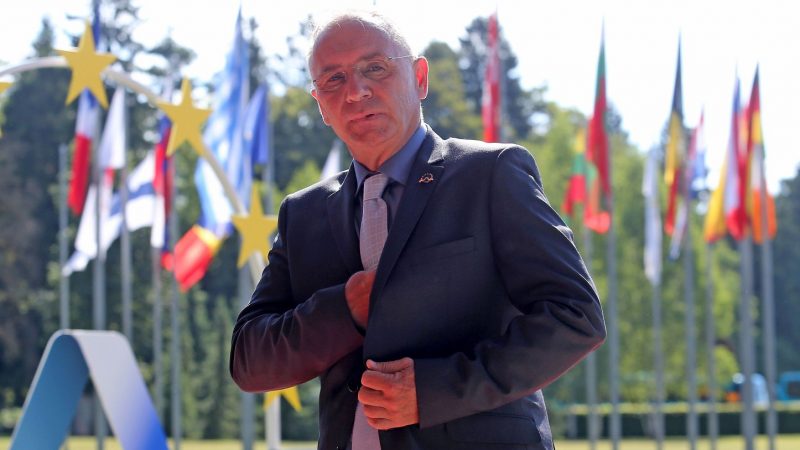 Slovenian Interior Minister Aleš Hojs has said following an informal meeting of EU home affairs ministers that although EU member states would like to see progress in talks on the EU pact on migration and asylum, stances are still diverging.

Nevertheless, a step forward was taken at the meeting at Brdo pri Kranju on Thursday, he said.

The ministers showed a political will for gradual progress in forming a common EU migration policy and they perhaps found a common ground regarding the regulation on the Eurodact fingerprint database that could bring results, Hojs told the press.

Progress in the talks on the migration package will depend on concessions that Mediterranean and Visegrad Group EU members would make, he added.

European Commissioner for Home Affairs Ylva Johansson meanwhile said that the EU was not deadlocked in terms of the migration pact.

She said more progress had been made than many would have expected, recalling EU members had recently agreed on the blue card and the new asylum agency, two dossiers blocked for years.

Hojs added that the achievements of the Portuguese and German EU presidencies showed that that the EU was able to find compromises and take a step forward.

The planned overhaul of the Schengen Borders Code was also on the agenda.

The commissioner said an important message of the meeting was a consensus that controls at internal EU borders can only be an extreme measure.

Hojs meanwhile said the desire to again strengthen the Schengen zone and protect the external borders was so strong that progress should not be problematic, although it was likely that the presiding countries after Slovenia would have to address this issue.

The EU’s border force, Frontex, will probably not come to protect the Croatia-Slovenia border, although Hojs said he would be happy if it could.

In the light of the migration crisis in Lithuania, Hojs said that Frontex’s deployment was not sufficiently used.

Johansson said that Article 41 of the Schengen codes enables deploying Frontex to internal borders in extreme situations, although it has not yet happened.

The ministers expressed solidarity with Lithuania, she said, adding it was totally unacceptable for Belarus to use people as a means of political pressure on the EU. She stressed the EU must show solidarity and protect its external borders.

A regulation on artificial intelligence was also discussed, with ministers agreeing it would be unacceptable to limit its use in police investigations, said Hojs.

Johansson added that some safety measures were needed but should not hamper police work.