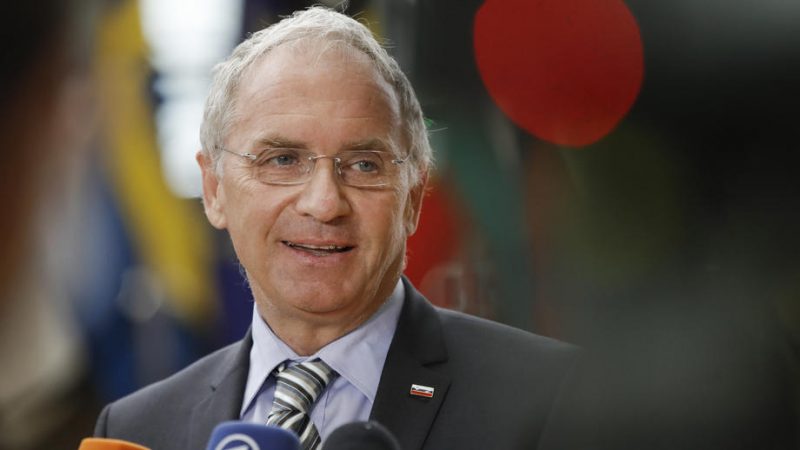 "The expectations are great, member states are unanimous that we have to properly protect the EU's external border. Frontex has an important role to play and it has to help member states that are under pressure," Hojs said. [EPA-EFE/OLIVIER HOSLET]

The situation on the EU’s border with Belarus was high on the agenda as the management board of the European Border and Coast Guard Agency (Frontex) started a two-day meeting in Slovenia on Tuesday (21 September).

“The expectations are great, member states are unanimous that we have to properly protect the EU’s external border. Frontex has an important role to play and it has to help member states that are under pressure,” Hojs said.

The agency’s work in third countries is equally important.

“The Western Balkans is an area that shares the EU’s destiny, including in terms of border management and migrations. And an agency such as Frontex must help these countries,” Hojs said according to the Interior Ministry.

Prior to the session, Frontex management board chairman Marko Gašperlin said the meeting would touch on current issues, including the situation on eastern EU borders and potential migration pressure from Afghanistan.

Implementation of regulatory provisions designed to improve the effectiveness of member states and the agency in border control and return of migrants will also be on the agenda, he said.

Fabrice Leggeri, the executive director of Frontex, said the agency was sending out the message that it was protecting European borders and was determined to protect them from hybrid threats whose goal was to destabilise Europe.

In an interview with EURACTIV earlier this week, EU Commission Vice-President Margaritis Schinas said a final deal on Europe’s new migration pact could be reached right after the French presidential elections due next year.

Schinas also said the clearest opponents of the Commission’s proposal for a new agreement on migration are not only the Europhobic far-right but also the Europhobic left.

“The Europhobic right does not want a migration pact as they only want borders. On the other, the Europhobic left aims for free borders,” he noted, adding that the Commission’s proposal has the perfect mix of border control and protection but also humanity and asylum.