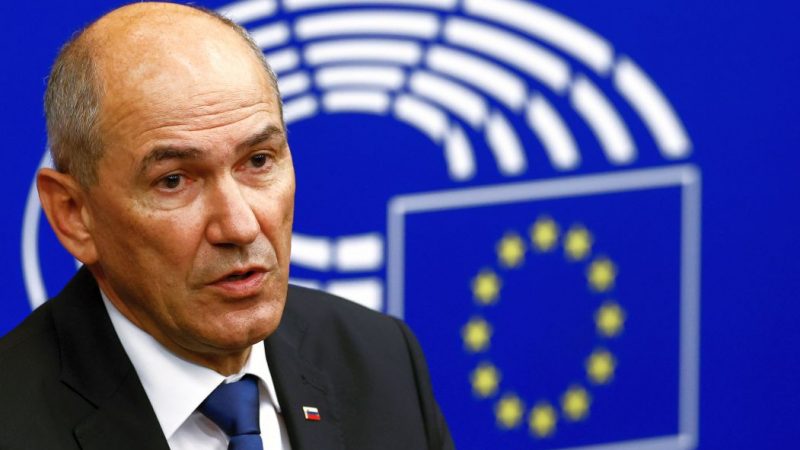 Slovenian Prime Minister Janez Janša did not wish to comment on the European political future of his Democrats (SDS) party during a visit to Strasbourg to address the European Parliament.

Asked about the SDS’s membership in the European People’s Party (EPP) during the visit on Tuesday (6 July) he said “we’re currently truly focused on the challenges we presented.”

He said that the European political arena was dynamic and would change, adding that the next Parliament would be different, just as it had been after every EU election. “We’ll see what happens,” he said.

Questions have been raised about how the EPP will react to the fact that Janša, a leader of a party that is part of the EPP, supports Hungarian Prime Minister Viktor Orban, whose party left the EPP a few months ago.

Asked whether he was worried over the SDS’s membership in the EPP, Janša told reporters that his party was not addressing such political issues.

Janša said that he had not yet had the time to read the declaration, noting that all political groups of the Parliament were equally legitimate to him.

Those with whom we do not agree should also have a voice in the discussion on the future of Europe or else it would not end well, he said.

Slovenia intends to lead the discussion in question as part of its Bled Strategic Forum in September. The country’s main foreign policy event will include a round table debate featuring representatives of all EU political families, he said.