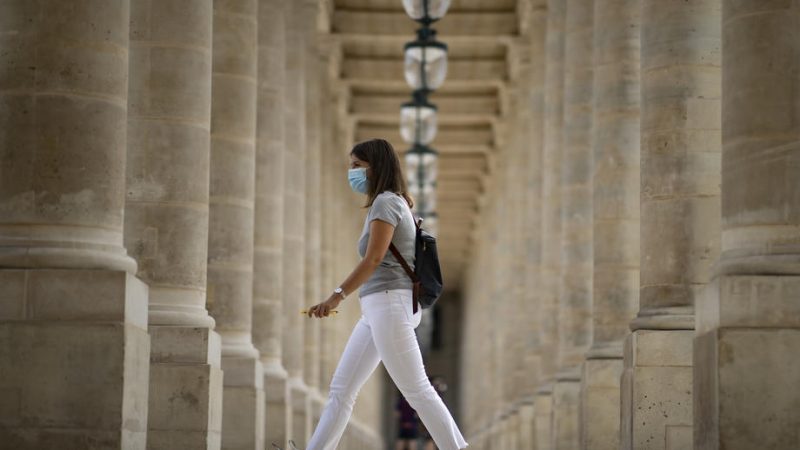 epa08614393 A woman wearing a protective face mask walks in an arcade of the Palais Royal in Paris, France, 20 August 2020. EPA-EFE/IAN LANGSDON

While there are reasons for the European tourism sector to be optimistic after a good summer season, there is still a long way until full recovery, speakers at the European Tourism Forum agreed in Brdo pri Kranju on Wednesday, noting that the sector must become more resilient, sustainable and digitalised.

The COVID-19 pandemic last year completely halted the tourist ecosystem both in Europe and globally, Economy Minister Zdravko Počivalšek said in his opening address at the online event held as part of an informal meeting of the EU ministers for tourism.

“I believe that we truly realised for the first time how important this segment is for the economy,” he said, highlighting the many multiplier effects of the sector.

Presented at the forum will be best practices of the industry and destinations, with the Slovenian Tourism Board (STO) presenting how sustainable development of tourism is promoted in Slovenia, including with the Green Scheme of Tourism.

Počivalšek said that the European tourism sector had reasons to be optimistic after the summer season, as consumer confidence was returning, to which he believes the European digital certificate has contributed the most.

“However, we are aware that tourism will never be the same as before the epidemic,” the minister said, adding that short-term measures must be followed by medium- and long-term measures to achieve greener, more resilient and more digitalised tourism.

European Commissioner for Internal Market Thierry Breton also noted the importance of Covid certificates, labelling them as a “great global success”, as 75 countries are connected or are planning to connect to the European system.

“This shows that the EU has the capacity of setting global standards that are exceptionally important for world travel and tourism,” he said, adding that the tourism ecosystem should be re-established in a sustainable, smarter and more resilient way.

World Tourism Organisation (UNWTO) Secretary-General Zurab Pololikashvili noted that, despite the recovery in the summer months, tourism was still well below pre-Corona levels.

“We have the opportunity to make the tourism sector more resilient, inclusive and sustainable,” he said, calling for innovation and digitalisation, which is something that requires adequate political and financial support.

Valentina Superti, the director of tourism at the European Commission’s Directorate-General for Internal Market, Industry, Entrepreneurship and SMEs, agreed that the summer season in the EU was very encouraging, especially in local and family tourism.

According to her, it will be extremely important for future development that this becomes an inclusive process in which all stakeholders participate.

Istvan Ujhelyi, the vice-president of the European Parliament’s Committee on Transport and Tourism, said that the Parliament’s priorities in tourism included providing sufficient funding, better legislative framework and a long-term strategy.