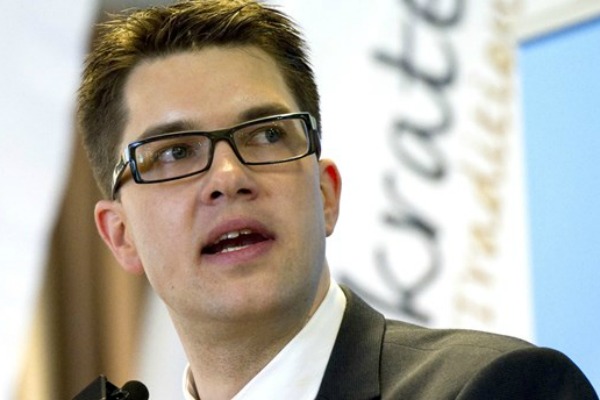 During a weekend conference (15-16 March), Sverigedemokraterna chief Jimmie Åkesson said he fears a poor showing in May's European elections, and that it could influence the Swedish general elections, in September.

Though Sverigedemokraterna, the Swedish Democrats, are currently the third biggest party in the Scandinavian country, the party's voters are least likely to vote in the European Parliament elections in May.

The nationalist party's three top candidates even decided to not make campaign speeches during the conference, according to Sveriges Radio.

"If we'll have a poorer EU election than expected, then that will give us some negative energy. Then it wouldn't be much fun to start a new election campaign shortly after. Make sure we don't get a bad [Parliament] election," Åkesson stressed.

In many EU member states, however, populist, eurosceptic, far-right, and nationalist parties are expected to obtain better results this year than in 2009, according to recent polls.

The nationalist party calls for a weaker EU, as well as a lower economic contribution from Sweden. Asked how she would get this message across in Parliament, one of the Democrats' top candidates, Kristina Winberg, said: "When we're getting seats in the Parliament, we can show our views in our questions."

While the leader of the liberal party Folkpartiet, Jan Björklund, which is currently part of the Swedish centre-right government, has joked that the candidates from the Sweden Democrats would become homesick and return quickly from Brussels, Winberg commented:

"I'd like to tell Björklund that I'll probably be homesick, but I won't go home until I have gotten our sovereignty back," she said.

The European elections will be held in all EU countries on 22-25 May.

Since the treaty of Lisbon, the European Parliament elects the Commission president on the basis of a proposal made by the European Council “taking into account” the European elections.

European Parliament, parties and many others have pushed for these parties to nominate their frontrunners in the election campaigns, which makes the EU elections a de facto race for the Commission president seat. This is the first campaign in which this is the case – although observers are still uncertain on the eventual outcome.

>> More information in our LinksDossiers on the EU elections and on EU top jobs.