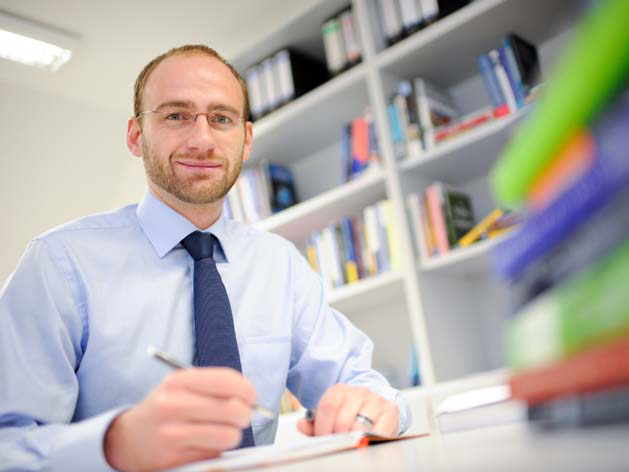 Four weeks before the European elections, Germans seem largely indifferent to the vote. In order to raise interest, the European election campaign should emphasize different issues, advertise new faces, and take on an argumentative nature, says Michael Kaeding, professor of European integration and politics at the University of Duisburg-Essen.

Michael Kaeding is a Jean-Monnet-Professor for European integration and European politics at the University Duisburg-Essen, also lecturing at the College of Europe in Bruges. He spoke with EURACTIV Germany’s Dario Sarmadi.

Mr. Kaeding, why are the Germans so uninterested in the European elections?

Political actors in all the member states still largely see the European election as a secondary national election, as a “midterm contest” for national or regional government politics.

So the politicians are at fault?

Not only them. On the one hand, the political supply is missing; one cannot vote for any real political change at the European level. That also has to do with the EU’s own political system, which is consensus oriented: The voters cannot choose between polarised content. Instead they are faced with a quasi-apolitical Parliament which decides in consensus.

In addition, more and more voters feel unaffected; they do not feel competent enough to understand the European Union, or to feel they belong to this bureaucratic system. In some cases, this is also a reason why certain citizens have an inner aversion to the “elite project Europe”. Populist parties use this to their advantage.

These conditions cannot be solved overnight. What must the political parties do better in the next few weeks to motivate voters?

They must specifically approach the non-voters, who have increased in number over the last few years. We know that the elections are socially distorted. That means people stay at home, who have a low formal education and a low income. These people should be “picked up”.

Moreover, the parties must stop saying that they are actually for Europe, but not for this bureaucratic and remote entity in Brussels, saying that Europe must change for this reason. Treaty changes are not on the agenda, especially not for the European Parliament.

The election campaign must finally take on Europe-relevant issues: European problems, for which there are European solutions. In the German Bundestag campaign, we had the minimum wage, the car toll and veggie-day. Those topics allowed for splendid arguments. We need something like that for Europe as well. Instead, we talk – if at all – about youth unemployment or poverty migration. While those are European issues, the instruments and competences for these are mostly at the national level.

But youth unemployment is an important topic in southern Europe. Data protection, on the other hand, is too abstract and irrelevant for most voters.

That could be. But I think these issues also move and interest many citizens.  Because they directly affect us and our cohabitation in the future. Even if European issues are not always the most popular, it is the duty of politicians to inform the citizens. If an issue in the European election does not have any relevance, then we should not talk about it. If we do not want the European elections to continue being degraded to a secondary national election, then we must accept that the EU can only deal with certain problems.

Are any of the parties adhering to this rule?

The Greens are most clearly oriented towards European topics on their campaign posters. But that has to do with the fact that the EU has far-reaching competences in the areas of environmental, climate and consumer protection.

For the first time, party groups are entering the race with their own top candidates. Why do Germans still not recognise the prominent Martin Schulz?

The SPD will shift Martin Schulz further into the focus of their campaign. But it will be different for the CDU and the Left Party. David McAllister and Jean-Claude Juncker, or Gabi Zimmer and Alexis Tsipras, have hardly played any role as German or European top candidates for their parties. Instead, Angela Merkel and Sahra Wagenknecht, who are not even running for the European Parliament, are shown off on their party’s posters.

Of course that does not promote understanding in the European elections. But that is how personalisation works in the election campaign: If a party can mobilise voters better with national faces, then they will be used instead.

So the race with Europe-wide top candidates is pointless?

No, on the contrary. We are using the model with the top candidates for the first time. An important step in the right direction. But of course a lot depends on what happens after the elections. Whether or not a top candidate will actually become Commission president is not yet certain.

A weakly emphasised personalisation and false content – the EU’s much-condemned “communication problem” does not exist?

Not really. In the short-term, people must be mobilised for the election with personalities and content. In the long-term, one could further reform Germany’s European electoral law. For example, the citizens should be able to vote for open lists instead of closed lists. One could give them the possibility to spread their votes for candidates across multiple lists, or encourage elements of a direct-democratic nature.

So the enormous efforts of PR agencies in the European Parliament and European NGOs to advertise for the European elections in a creative way are simply squandered tax money? At the moment a video is circulating featuring dancing MEPs under the heading: “I am happy and that is why I vote”.

Sure, the purpose of such campaigns is debatable, but real clarification over the work of the European Union never does any harm. But what will be decisive, is the election campaign of politicians and the reporting in the media. Dancing MEPs are not necessary.