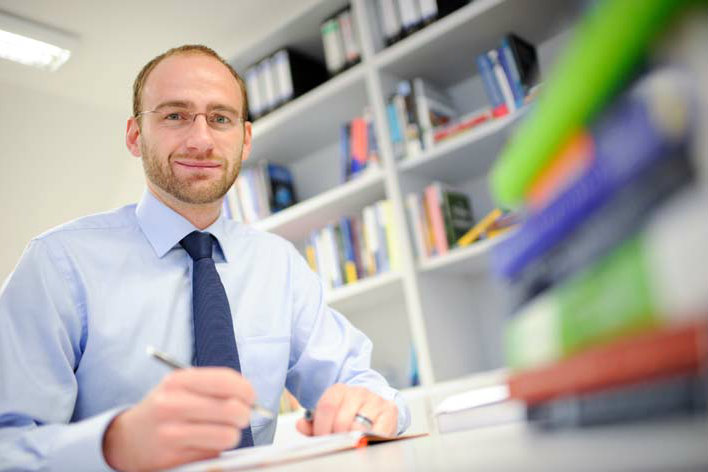 Michael Kaeding is a Jean-Monnet-Professor for European integration and European politics at the University of Duisburg-Essen in Germany. Kaeding also lectures at the College of Europe in Bruges, Belgium. He spoke with EURACTIV Germany’s Dario Sarmadi.

It is the same as after every election: Almost all the parties call themselves the winners. But who has really won the election?

First of all, I can tell you who did not win the election: That was the centre-right parties. Not only the Christian Social Union (CSU), which had to sustain significant losses due to its Eurosceptic election campaign. Even Merkel’s Christian Democratic Union (CDU) lost nearly 4 percentage points compared to the Bundestag elections last September.

This also has to do with a Europe-wide trend. In many countries like Spain, France and Italy, the parties belonging to the European People’s Party (EPP) suffered significant losses. Germany was also affected by this.

The Social Democrats clearly won. Not only have they significantly improved since the last European elections, but they have also gained 2% since the Bundestag election. There was definitely a Schulz effect there.

So it was smart of the SPD, in the last few days, to play the German card and advertise on their posters that a vote for the SPD is the only way to vote for a German Commission president?

Whether that was smart for the European idea, is a different question. But Martin Schulz surely won over a few voters as a result. The same thing happened in Luxembourg: There, it was a Juncker effect. In Greece it was the Tsipras effect – the top candidates were able to score points in their home countries. But only there.

At least in the home countries, the idea with the top candidates seems to have flourished. Now it just depends, who will become the head of the Commission. Does Juncker have the best chances because his political group will be the strongest in the next European Parliament?

But it is more complicated in the case of the EPP. There is a big question-mark next to Viktor Orbán’s Fidesz Party or the Party Forza Italia of Silvio Berlusconi. In their case it depends on deals to be made, whether they will remain in the EPP political group or will migrate to the European Conservatives and Reformists (ECR). Simply because of their Eurosceptic profiles they fit much better there, together with the British Tories and the Polish Law and Justice.

But let us come back to Germany. You did not mention one election winner – the Eurosceptic Alternative for Germany (AfD): from zero to 7% of the vote. That can be considered a victory, can it not?

Definitely.  After a long time, the liberal consensus with European politics in Germany was broken – a process which already started in other European countries in the ’80s. It turned out that parties with a Eurosceptic tinge – or generally with European topics – can put on an election campaign and achieve significant success. But, one must remember: the AfD is still trailing behind the Greens and the Left Party.

What is behind the AfD’s success?

As a matter of fact the opposition’s criticism is justified, that the CSU in particular legitimised the AfD’s Eurosceptic campaign, thereby putting wind in its sails. But it should also be kept in mind that smaller parties are performing continuously better because voters vote more with their heart and less strategically.

The European elections are still about national secondary elections, which this time clearly focused on European issues more than ever before. In this context, I was surprised to see that small, splinter parties were not able to squeeze more gain out the removal of the electoral threshold. They were not able to mobilise any new voters and were only able to get into the Parliament because of the altered legal situation. The ruling of the Constitutional Court definitely did not bring any added value to democracy.

But in total, more people went to vote than in 2009. Can the EU be proud of its voter participation rate?

Together with France, where voter participation also increased, the EU-wide numbers levelled off. 57% did not make use of their right to vote in Europe. If we look at Slovakia, where 87% of the population did not even vote – that is a whole different story.

That does not mean a trend reversal. Do you have a tip for the parties concerning their next European election campaigns?

Whether in the European elections or the Bundestag elections – the parties always do one thing completely wrong: They ignore the non-voters. Instead, they put all their effort into mobilising their own electorate. Some things must change in this regard. After all, non-voters make up a large group. For the most part they are socially weak citizens with a low educational background. Either they do not feel competent enough to understand the EU’s complex issues, or they have an ideological aversion to the EU elite. Politicians must actively speak to these people and pick them up.

Is that why the newly elected European Parliament is so polarised along the right-and left-wings of the political spectrum?

In many member states, there were dramatic earthquakes. At the same time I am surprised that right-wing forces were successful in the member states, which were not hit hardest by the economic and financial crisis. Meaning France, the United Kingdom, Austria, Sweden, Poland and Denmark. Instead, in crisis countries which underwent a bailout, the left-wing movements performed particularly strongly: in Greece, Portugal, Spain and Ireland.  Left-wing forces in these states challenged the strongest parties, sometimes reaching as much as 30% of the vote.

What does that mean for the work of the European Parliament in the coming parliamentary term?

Initially, it will hardly change anything because in contrast to national parliaments, the European Parliament makes decisions with large majorities. 70% of legislation is passed with the two largest political groups – the EPP and the S&D – in consensus with the liberals. As long as the biggest political groups can tolerate each (other), the European Parliament will continue to work smoothly. But things are getting rougher – not only in the Parliament, but potentially also in the Council of Ministers.

It remains to be seen which states will undergo upheavals – where populist forces will move into the government, or at least support governments. Perhaps in the near future, these forces could provoke new elections, for example, in Greece. If the Council composition changes, then the negotiations with the Parliament will become more polarised and politicised.  More than ever, Eurosceptic parties could then push forward issues like migration in the Council, as well as in the Parliament.

Those are rather bleak prospects for the democratic establishment in Europe. Did the election actually have a beneficial effect?

As a matter of fact, there were a few positive results: The anti-democratic and often violent Ataka from Bulgaria did not win any seats, and neither did the British National Party in the United Kingdom. The Lega Nord in Italy and the Vlaams Belang in Belgium both suffered losses. And let us take a look at Austria: There, the Freedom Party of Austria (FPÖ) was able to gather a number of votes, but far-right forces as a whole are not doing any better. That also has to do with the positive outcome for Austria’s liberals and Green party. And further north, in the Netherlands, the pro-European D66 won; in Sweden, the environmental and women’s parties.

And in the end, it will be more difficult than expected for Marine Le Pen to create a political group out of the European Alliance for Freedom (EAF). The National Party (SNS) in Slovakia did not make it into the European Parliament. As a result, the EAF lacks one party from a seventh country to form a political group. So it was not only an election of extremes, but also an election with several positive signs for Europe.