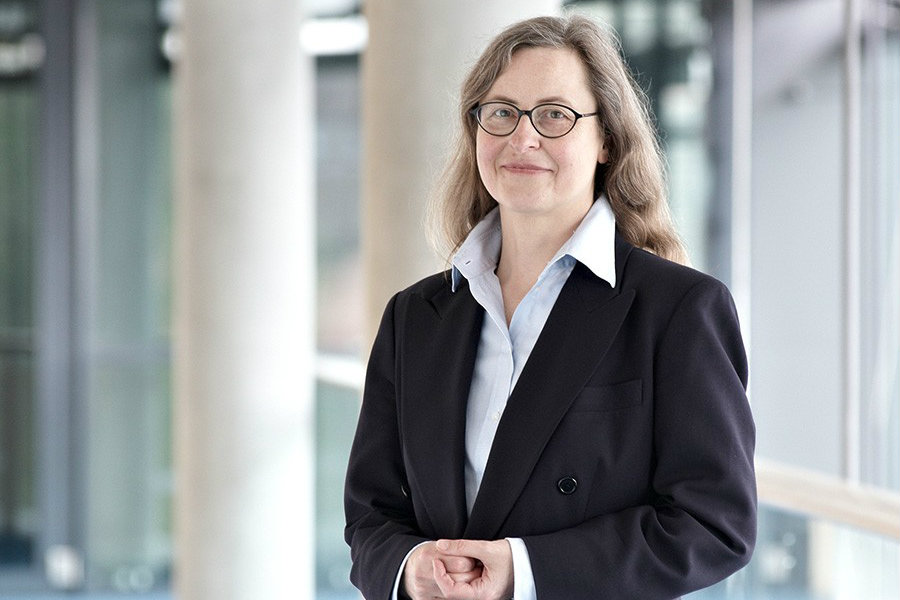 Dr. Christina Holtz-Bacha is a professor of communications at the Universität Erlangen-Nürnberg. Her research and instruction focus on political communication and strategic communication as well as German and European media policy. She spoke with EURACTIV Germany’s Erika Körner.

Do you see differences in voter mobilisation efforts among German political parties in their European election campaigns compared to the Bundestag elections?

Essentially it is a vicious cycle between the parties, the candidates and the media. If dedication is missing from one of these actors, then involvement from the others will also be minimal. That is what we always complain about during the European elections.

For years, we have had the problem that parties simply put less effort into campaigning for the European elections than the Bundestag elections.

Is low voter participation in Germany an indicator for a lack of interest?

Voter participation tends to be interpreted as an indicator for interest in Europe, support for Europe and for the conviction that the EU is a good thing – not only in Germany but also in the other EU member states. But the question is whether or not this is a correct assumption.

We see this regarding voter participation in Germany. In Germany, voter participation has always been comparatively high. But it has decreased since the first European election and has continued to fall. The question is whether Europe is simply being taken for granted and people are saying: “The election is not really about anything because we aren’t choosing a chancellor and we aren’t choosing a government. So why should we put forth the effort?”

It does not mean these people have anything against Europe, but just that they are being critical. In that case one could also decide to cast a vote of protest – which is quite easy in the European elections. People can vote differently, without anticipating any negative effects.

That is why I am a bit hesitant to construe voter participation as an indicator for lacking interest.

How do the campaign strategies of Germany’s largest parties differ?

Hardly, actually, but in these European elections they do at least a little. Of course the Social Democratic Party’s (SPD) advantage is that they have a top candidate who is at least somewhat well-known – and on top of that he is a European top candidate. This could increase interest somewhat.

But in the case of the [centre-right Christian Democratic] Union (CDU), the picture is quite different: After taking a closer look, it becomes apparent that Merkel is at the centre of the party’s campaign, though she is not even running in the European election. But on the other hand who has heard of the CDU’s top candidate, David McAllister, if they are not from Lower Saxony? And Jean-Claude Juncker as European candidate – there, I also have doubts as to whether he would be recognised across borders.

Why are there no prominent politicians in this year’s European elections like former Chancellor Willy Brandt in 1979 for the German Social Democrats?

Yes. That was in 1979. That was the first direct election to the European Parliament. At that time, we had prominent political figures who simply wanted to reinforce the new idea and decided to enter the race as candidates. But this dedication among politicians is over.

As I said, maybe Europe is simply being taken for granted.  Apparently today it does not seem necessary to approach the elections with such reinforcement efforts.

First, in 1979, we had to teach people what the whole thing was actually about. The European Parliament was barely known and had considerably less competences than it does today. Apparently at that time there was a desire to push the whole thing forward with prominent candidates.

Since the first European elections, voter participation among Germans has continued to decrease. Why?

As a whole, there is diminishing support for the European idea. There were many difficulties. Particularly after 2004, when we had the first wave of enlargement, support decreased significantly. Many people were a bit irritated by that; in that sense it was somewhat of an expression that people were further distancing themselves from the European idea.

We just spoke of 1979. At that time these visions were much stronger: this sense of community, this togetherness. And interestingly, the SPD is attempting to resurrect some of these feelings during this year’s campaign. With a few slogans, they are running on this European idea – these European visions. But after the financial and debt crisis, it has become important again to emphasise what everything is about – that perhaps we would not have weathered the crisis so well if every country had reacted individually.

That is why I am a bit hesitant in making assumptions about decreasing voter participation. Europe has become something that is taken for granted. There have been quite a few problems over the last few years, concerning the European idea and the sense of togetherness.

The bottom line is, I am quite ambivalent in judging European voter participation. Looking at developments in the various states, Germany does not seem so bad. Since 1979, I do not believe voter participation has gone down as significantly as it has in many other EU member states.

Traditionally, Germans are actually rather good European citizens and are quite open regarding the European idea. That is why voter participation in other countries looks a bit worse.

You mentioned a “vote of protest”. Can you explain this term more concretely?

We were able to observe this when the Green party emerged and came out with very good results in the European elections. We saw that the Republicans made it into the European Parliament once. That could also be considered a sign of criticism and protest.

The Eurosceptic Alternative for Germany was not able to reach the 5% electoral threshold in the Bundestag elections. But now of course, without a 5% and not even a 3% threshold, in the European elections it will be easier to get in. And in turn could encourage people to vote for such a small party.

People do not feel they are throwing away their vote if there is no threshold. It is quite possible to support the AfD – which clearly represents a Eurosceptic position – instead of giving bigger parties the vote.

Plus, we had the Bundestag elections just half a year ago. We have a grand coalition. Perhaps now voters can express what they think about how the grand coalition has performed so far. Undoubtedly, to a certain extent it is also a test for the German government, even if – depending on how the governing parties score – they will say that Europe has nothing to do with the German situation or with the Bundestag.

Which strategies should be pursued to increase voter participation?

By all means more dedication. Earlier I spoke of a vicious cycle. If political actors are not dedicated enough and simply indicate that the Bundestag elections are more important than the European elections, then the media does not have anything to report about. Of course that also has an effect on the electorate.

For this reason: by all means more dedication. I am missing that a bit. Just look at the streets as an indicator: I was in Berlin recently and was quite surprised at how many posters there were along the streets. In Munich, for example, one sees very few posters, the medium which most clearly sends the message: “People, there is an election coming up” and “please go out and vote”. If we do not even get this impression on the streets, then it does not speak well for voter mobilisation and correlatively for participation.