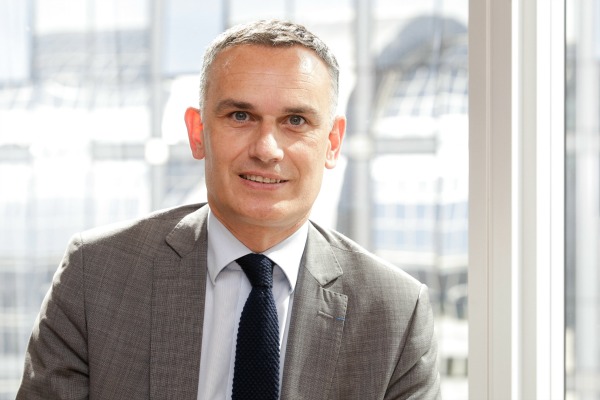 Former military man Arnaud Danjean is the centre-right UMP candidate for the French East constituency. He is profiled in the third part of a series looking at French election candidates, by EURACTIV France.

Arnaud Danjean, an MEP running for re-election, is likely to struggle for French media coverage considering the high profiles who are running in the same constituency.

The current MEP from Saône-et-Loire in eastern France will be campaigning next to Nicolas Sarkozy’s former minister, Nadine Morano. Other candidates running in the constituency include Édouard Martin, former syndicalist from Florange and head of the Socialist Party list, and the Vice-President of the French far-right National Front, Florian Philippot.

This will not be Danjean’s first campaign against individuals who have a strong media presence.

Many called on Danjean to run in the 2007 local elections against Arnaud Montebourg, a member of the French Socialist Party, and current French Minister of the Economy.

“They needed a young local person who was credible and I wanted to return to my region”, said Arnaud Danjean. Originally from Louhans in Saône-et-Loire, where he spent all his childhood and adolescence, the 38-year-old was an ideal candidate for the job.

Danjean attended Science Po in Paris, where he specialised in international relations. He then began a successful career working in the French Directorate-General for External Security (DGES) and later in the French Ministry of Defence.

Although Arnaud Montebourg won the 2007 local elections, this experience gave Danjean a taste for politics. “I lost the battle, but I got a foot in the door,” he said. He ran for the European elections two years later and this time won.

To maintain a connection with his Bressan home, Danjean is still a locally elected politician. “I am the regional opposition advisor in Bourgogne. It is a mandate which allows me to keep a foot in the region,” he said. “It is one of the rare things that actually connect citizens to Europe. This position proves that things from Brussels are not necessarily bad, but can also protect and enhance.”

A passion for the Balkans

His international expertise and knowledge of the Balkans made him stand out in the European Parliament. Danjean spent many years in the DGES, where he focused on the conflict in Croatia and Bosnia-Herzegovina, before spending time in Sarajevo.

When Danjean returned to France in 1998, he spoke fluent Serbo-Croatian. “Today I can communicate directly with my Croatian colleagues,” he said.

He took over the DGES department on the analysis of the Balkans, and led many missions in the area. Between 2004 and 2005, he was sent on a mission to Kosovo for the High Representative of the EU Common Foreign and Security Policy.

Since 2005, he has worked with the French Minister for Foreign Affairs and current French Commissioner, Michel Barnier, followed by his successor Douste-Blazy, as advisor to the Balkans region.

Danjean relies on his experience to confidently assert himself on questions of international and defence policies. “I have experience in both international conflict and domestic political procedures […] I might know the Balkans better than I know my own constituency,” he admitted.

His expertise was recognised. When he arrived in the European Parliament, he was given a seat in the EU Foreign Affairs Committee and was made chairman of the sub-committee on security and defence, which is rare for any new MEP.

If Arnaud Danjean had followed in the footsteps of his father, he would have been a socialist politician. His father was head of a local socialist party and established ‘La Fête de la Rose’ in the 1970s with the former socialist minister, Pierre Joxe. This event is organised every year in Frangy-en-Bresse and recently welcomed Arnaud Montebourg.

He broke away from his socialist roots shortly after arriving at Science-Po “without revolt, but due to personal convictions”, he explained. His background makes him capable of distancing himself from political divisions.

“I think I would suffer a lot in the French parliamentary system, which is constantly afflicted by controversies and the bipolarisation of opinions,” he added. Immune to all political sectarianism thanks to his personal and political background, Danjean focuses on the art of negotiation and finding common ground in the EU institution.

“In Brussels, all laws are subject to negotiation. There is no majority, therefore bills have to be sold to the MEPs who will only bring their support if you are convincing,” he stated.

Even though he is more comfortable in EU institutions than in the French ones, he still has some harsh words for EU politics. “I think we should strengthen European capabilities to prevent their diffusion. In the European Parliament, we vote on tens of own-initiative reports that have no chance of coming into force. This undermines our capabilities.”

This would make the European elections a de facto race for the Commission president seat, would politicise the campaigns and could increase voter turnout, they say (read more in our LinksDossier).

EURACTIV Series on French candidates for the European elections