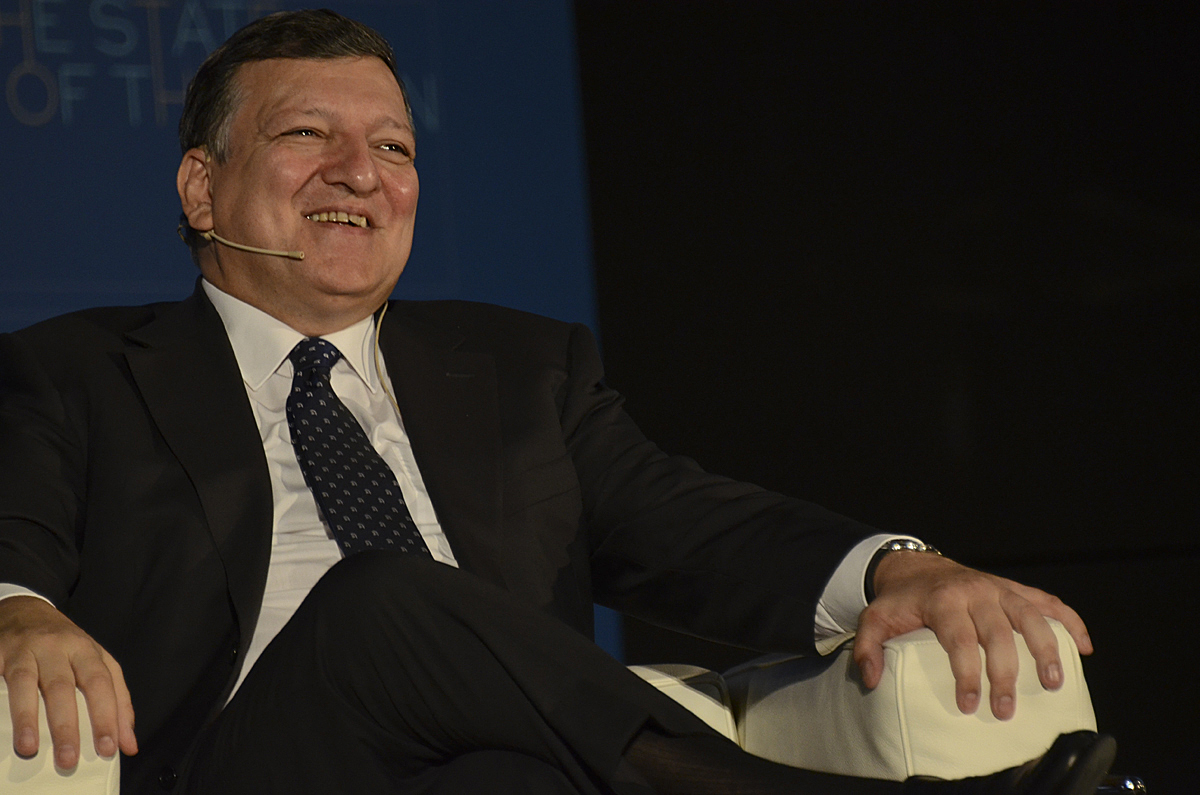 President Barroso at the State of the Union conference in Florence. [EURACTIV]

Europe is better prepared for the future than it has ever been, but it needs to return to debate politics and policies rather than how we make decisions, European Commission president Jose Manuel Barroso said today (9 May) in Florence, as his second mandate draws to a close.

Speaking at the State of the Union conference organised by the European University Institute, Barroso provided a brief assessment of his decade-long tenure at the head of the Commission, and tried to sketch recommendations for the next EU executive.

The developments of the past ten years, both positive and negative have proved to be no less than spectacular, he said, mentioning enlargement, and the unprecedented constitutional and financial crises.

But the Commission has emerged stronger from these crises, preserving and even reinforcing its right of initiative. To support this argument, Barroso used examples like the European semester, the creation of the EFSM, the EFSF and later the ESM, which were ultimately based on Commission’s proposals. But also the banking union, and the launch of project bonds.

This said, Barroso underlined European summitry fatigue, and the need to move beyond the obsession with polity, which has led attention away from policies and politics that paved the way for Euroscepticism.

Criticised for having been too weak to stand up to national leaders for the past ten years, specifically those of Germany and France, Barroso defended himself by saying that the Commission president has the difficult task of being a referee and has made it plain that Europe today lacks responsible leadership.

Europe is a work in progress, Barroso said, and the European Commission does not make the final decision. There is shared responsibility in all decisions taken in Europe. National leaders should stop the blame game, he said.

There are governments that come to the table with a distinctive interest and fail to open up to the common good of the Union, the EU executive president argued, stressing that only a few leaders have a comprehensive vision and feel some responsibility for Europe.

“You can’t criticise Brussels Monday through Friday and ask people to vote on Sunday,” he said.

Leaders must explain Europe, the way President Kohl and Mitterand have done in the past. “Politicians have to understand that they are stakeholders of this EU project,” he insisted, saying they need to leave their comfort zone and engage with citizens.

“We need new leadership at national level,” he said. “Only leadership by building consensus avoids fragmentation,” he said.

Turning to the European elections and the new process of selecting a candidate for the European Commission, Barroso said it is the right step in the right direction.

But the more political Commission, which will come out of this scrutiny, should not be a partisan Commission, warned Barroso. In order to move beyond the blame game, there is a need for a common platform among political parties so that responsibility is shared and the sense of ownership strengthened.

Faced with an expected surge in populists and Eurosceptics,  analysts reckon that only a grand coalition between the centre-right and the centre-left in the European Parliament could work.

European elections have always been considered second-class polls where EU citizens punish ruling national governments.  A common platform with shared responsibility could help depart from such a scenario.

“We need to develop a new relationship of cooperation, a ‘Kooperationsverhältnis’ between the Union, its institutions and the Member States. By ‘cooperative relationship’, I mean a principle whereby the institutions and the Member States go beyond the loyal cooperation already enshrined in the treaties,” Barroso said yesterday (8 May) at the Humbolt University of Berlin, in a stock-taking speech.

Only by being more cohesive will the Union be able to tackle the challenges ahead, including dealing with Russia and easing the Ukraine crisis, the soon-to-be former European Commission president added.

In the autumn of 2014, a new team of commissioners will take charge of the EU executive. As Europe's economic storms calm down, the next Commission can set its sights on a number of long-term challenges when drafting its programme. An overview of the challenges and opportunities that lie ahead.

>> Read: The next EU executive: What challenges?