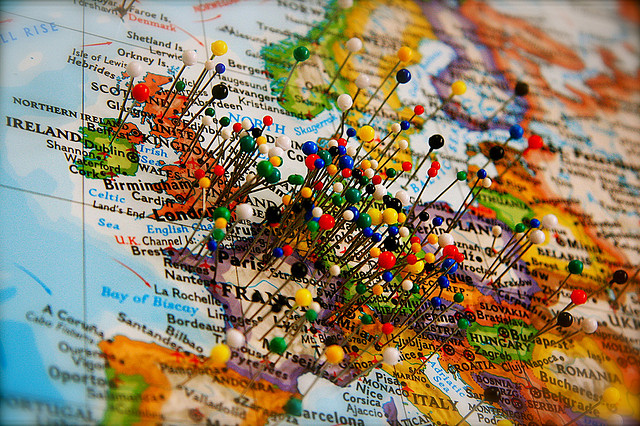 The list of official candidates for Juncker's new EU Commission is getting longer every day. [Justin.li/Flickr]

The French government still has not chosen its official candidate to become Commissioner. The UMP is questioning Pierre Moscovici’s credibility in the eyes of the European Parliament, while the left wants a female commissioner for political parity. EURACTIV France reports.

The list of official candidates from EU member states is getting longer every day. The Czech Republic has put Vera Jourva forward, a local development minister. The choice was consensual, but criticised by many for its tardiness. France still has not presented its official candidate. The government has been presenting Pierre Moscovici as a competent candidate for months, but nine days from the deadline (31 July), no official decision has been made.

Not a “Gentleman’s club”

There are obstacles to Moscovici’s candidature. The new powers of the European Parliament should not be overlooked. “The European Parliament will not accept a gentleman’s club,” said Martin Schulz in early July. Due to the lack of female candidates, Jean-Claude Juncker said that women candidates could be rewarded with top jobs.

The French government, and Moscovici’s response, has not convinced MEPs: “France already sent a woman to the Commission. It is up to countries that have not (done so) to do so.” France’s last female commissioner was Edith Cresson (1994-1999). Corruption allegations against her led to the collapse of the Santer Commission.

The EU framework has changed since then, and this comparison is skewed. “When we talk about the 12 countries that have never sent a woman, we mean that Europe has evolved since 2004. Between 2004 and 2009, large countries like Germany and Italy sent female commissioners,” said Pervenche Berès, head of the French Socialist delegation to the European Parliament, who is shocked that political parity, which is so important in French politics, is not evident in Brussels.

Berès is a potential candidate, as well as Elisabeth Giugou, who according to der Spiegel, would make a great High Representative for Foreign Affairs. Berès wants France to present a man and a woman as official candidates to the Commission.

The candidate’s gender is not the only thing that could sway the European parliament.

“We can expect a hostile reaction from the Parliament towards Pierre Moscovici,” said Philippe Juvin, spokesperson for the UMP delegation to the Parliament, adding that Moscovici broke promises to the EU when he was France’s minister for the economy. Because of this he, is not well liked by other representatives in Brussels.

“I do not want to see France embarrassed by an inadequate candidate,” said the Juvin, not commenting on the abilities of the former finance minister, but on the “contempt he showed towards the European Parliament in the past.” Indeed, Moscovici cancelled hearings on France’s economic policy four times.

Commission candidates usually spend the summer preparing for their audition before the parliament committees that correspond to their future portfolios. These will take place in September. Moscovici is currently travelling across Europe to meet his European counterparts.

The Parliament must vote on the College of Commissioners, but can also express doubts and ask for the review of certain candidates before the vote.

This happened in 2009 when Rumiana Jeleva, Bulgaria’s candidate, was forced to step down due to opposition from MEPs over her political capabilities.

The final issue concerns Moscovici’s mandate in the French National Assembly. The Commission comes into office on 1 November. If Moscovici is chosen, he will lose his seat in the Assembly during the by-election in early November. He is currently on a six month governmental mission, and if this is prolonged, it will also be up for grabs.

If Elisabeth Guigou becomes France’s next commissioner, her seat in the Assembly will also be vacated, but the French Socialist will have no problem winning it back. Pervench Berès can simply be replaced as head of the Socialist delegation to the European Parliament by the next person on his party’s list.