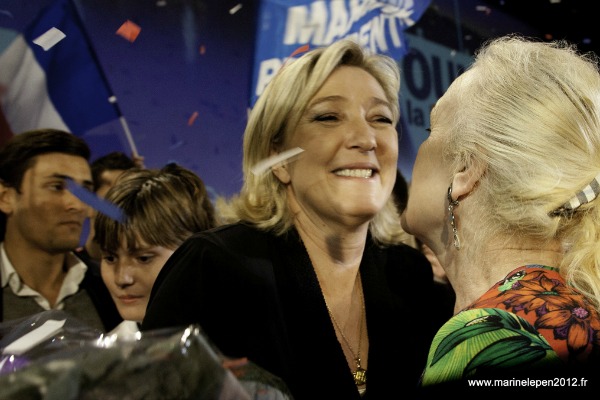 France's far-right National Front could top European Parliament elections next May, pulling ahead of the two big mainstream parties for the first time in a nationwide vote, a poll showed on Wednesday.

Some 24% of those surveyed by for the Nouvel Observateur magazine said they would back the anti-immigrant party, compared with 22% for the centre-right UMP and 19% for the governing Socialist Party.

The poll did not break down the percentage scores into possible seats in the parliament, where France has 72 seats based on voting in regional constituencies. The elections are due in May.

The National Front has long been a magnet for protest votes, but its leader Marine Le Pen is increasingly expanding her appeal to disgruntled Socialist and UMP voters, with tough talk on crime and illegal Roma immigrants. She has also capitalised on the government's unpopularity and UMP's deep divisions.

The National Front knocked out left-wing rivals and pulled far ahead of the UMP in the first round of a local election in southern France this week.

The party's next major political test will be municipal elections in March, in which Le Pen says she wants the party to build up a strong local base by winning control of hundreds of seats in local councils.

A strong showing in that ballot could set the party up for further gains in the European Parliament elections, where Eurosceptic and nationalistic parties often do well.